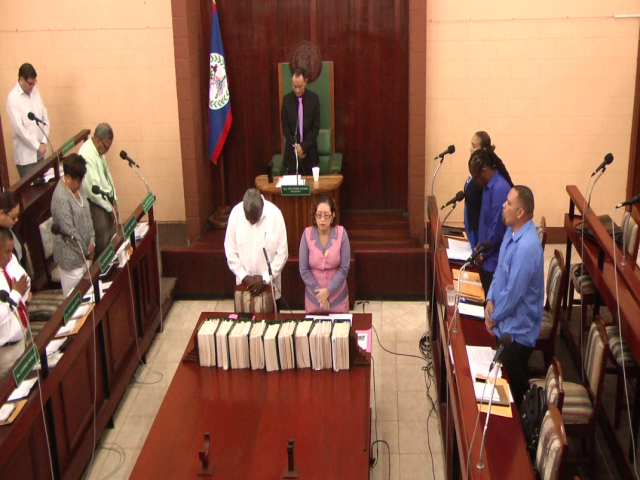 By Aaron Humes: At its first session for 2016 and second in the third term of Prime Minister Dean Barrow’s administration, the Senate considered, debated, and approved four bills brought from Friday’s session of the House of Representatives, as well as three motions. 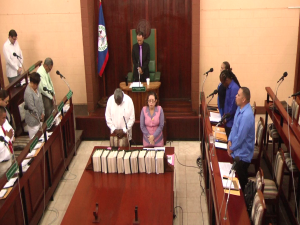 The motions concerned a line of credit for 8 million euros from the Development Finance Corporation (DFC) and the re-appointments of Ombudsman Lionel Arzu and Contractor General Godwin Arzu, no relation, to one and two-year terms respectively.

Most of the objections to the renewal of both men’s contracts raised centered not on either man’s qualifications, but the performances of their respective offices. Senator representing the business community, Mark Lizarraga, stated that both offices are important and should be treated more respectfully in terms of resources granted to them.

In reply, Leader of Government Business Senator Godwin Hulse said that budgetary allocations are in place for more staff for each office.

There were no significant challenges to either the Belize National Coast Guard Service or Belize Island Holdings Facility Development Bills, but the Private Pensions and Treasury Bills (Amendment) Bills both came in for significant criticism from challengers of the Government’s fiscal stewardship.

The Private Pensions Bill is intended to regulate, for the first time, pensions outside of Government and public service; however, several long-standing schemes such as those of the major Government-owned utility companies are not covered. And that, according to PUP Senator Lisa Shoman, was just the start of the litany of flaws she contends are contained in the bill.

Despite calls from the Opposition and non-aligned Senators for the bill to go back before the general public for consultation, it was passed by a majority.

Meanwhile, Senator Lizarraga questioned the need for Government to raise the ceiling of borrowing with treasury bills and notes amounting to 400 million Belize dollars for no defined purpose, without a qualified country debt profile.

But Dr. Carla Barnett refuted key points raised by the Opposition, including that Belize does not truly know who we owe and how much.

In the end, both bills passed the Senate.