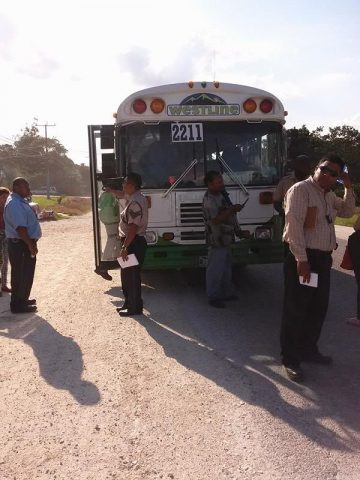 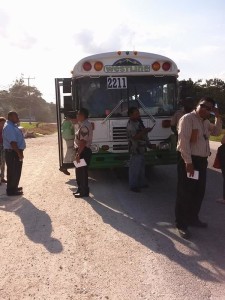 By Chrisbert Garcia: San Ignacio Police have detained a Belize Defense Force (BDF) officer and a second person for questioning regarding the incident on a West Line bus yesterday afternoon, which was initially reported as a shooting on a bus in Esperanza Village, Cayo District.

Around 2:30 p.m., officers responded to the call of the shooting incident and saw Conrad Thomas leaning in a bus seat, unconscious with a small cut wound to the upper right side of his head. At Thomas’ side was his wife, who told police that they were heading to Camalote but before taking off from San Ignacio, her husband had exchanged words with a man when he went to buy water.

Thomas then boarded the bus and didn’t think much of the incident until the same man he had exchanged words with, entered the bus through the back door when it came to a stop, walked towards him and hit him to the head with the firearm.

His wife said that it was a black firearm and the man, after hitting Thomas with it said: “talk sick now, talk sick now”, then fled through the back door of the bus where he had entered from. The victim was then transported to the San Ignacio Hospital and is in a stable condition.