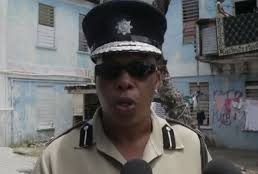 By Aaron Humes: Yesterday the notorious Brandon “Battery” Smith accused Eastern Division (North) police of attempting to hinder his free movement because they believe his presence puts residents of the Northside in danger. Officer Commanding Eastern Division (North), Assistant Commissioner of Police Dezerie Philips, hit back during a “Meet and Greet” session in her division on Wednesday, saying his comments should be taken with a grain of salt. 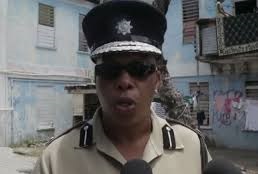 Today, Smith contacted us to say that police had stopped him again this afternoon, while he was visiting his mother-in-law on New Road, threatening to put him in detention.

We asked Smith to directly addresses Commissioner Philips’ remarks. He insists that he is telling the truth and that he has legitimate business on the Northside and police’s suspicions do neither him nor them any good.

Smith also told us that police have refused to return the vehicle he was in following the shooting and arrest of his brother Kareem Smith, for aggravated assault on Corey Sebastian. He says he has retained attorney Bryan neal to assist him in resolving that matter.

We have sought further comment from Commissioner Philips through press officer Inspector Fitzroy Yearwood but have received no response up to news time.