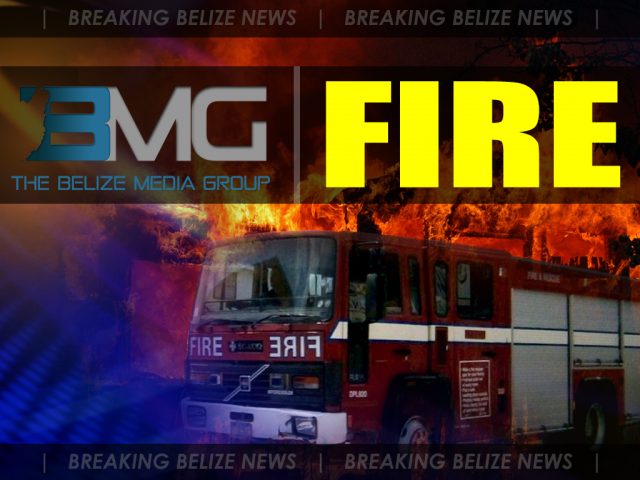 By BMG Staff: Fire officials at the Orange Walk Fire Department are investigating the cause of a fire that gutted a palapa structure around 2:50 p.m today.

According to officials at the department, fire fighters responded to the fire call and found an open deck, palapa covered area of a concrete 10 by 30 feet building completely engulfed in flames. Some 15 to 25 minutes later the fire fighters managed to control the fire, preventing it from spreading to the concrete 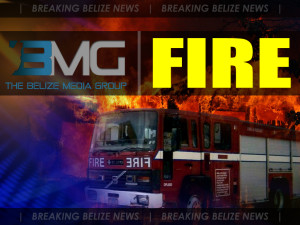 building.
The palapa roofing was completely destroyed along with some tables. That section of the building once served as a business but hadn’t been operational for some time. The concrete section received only minor damages. The owner, Lionel Guerra, says that the building was not insured and his losses have amounted to about $63,000.

At the time of the fire, a cane field was burning a distance away from the building and there are suggestions that the blaze was triggered by that fire. The Orange Walk Fire Department says that while that may be likely, investigations into what caused the fire are still on-going.