Round two of consultations planned for Blackadore Caye 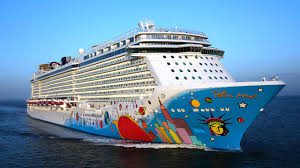 By Aaron Humes: The Belize Island Holdings Facility Development Act was passed through both houses of the National Assembly several days ago.

Among its more controversial provisions is the granting of a 25-year exclusive contract to Norwegian Cruise Line, parent of Belize Island Holdings, for the operation of the cruise port at Harvest Caye, off Placencia in the Stann Creek District.

The exclusive contract has drawn attention because of the recent decision of the Supreme Court in the Michael Feinstein versus Fort Street Tourism Village case in which Justice Courtney Abel ruled that the Executive does not have the power to grant such contracts. The trouble is that the NCL agreement was made prior to that ruling. Meanwhile, Michael Feinstein, now the developer of the Stake Bank project, has decided to put it on hold after Government refused to grant him an exclusive license for his project; he was previously a partner in Fort Street.

On Wednesday we asked Tourism Minister Manuel Heredia Jr. to unravel this tangled web; he stated that his recommendation is that NCL no longer be granted exclusivity after the current contract is up, but there is not much more than they can do. Feinstein, the Minister says, cannot hold Government hostage.

Government has opened up discussion on a possible revival of the idea of a cruise port in the Port Loyola area; a plan by developer Luke Espat and Carnival Cruise Lines, which was also granted exclusivity against the FSTV property, failed in the mid-2000s.