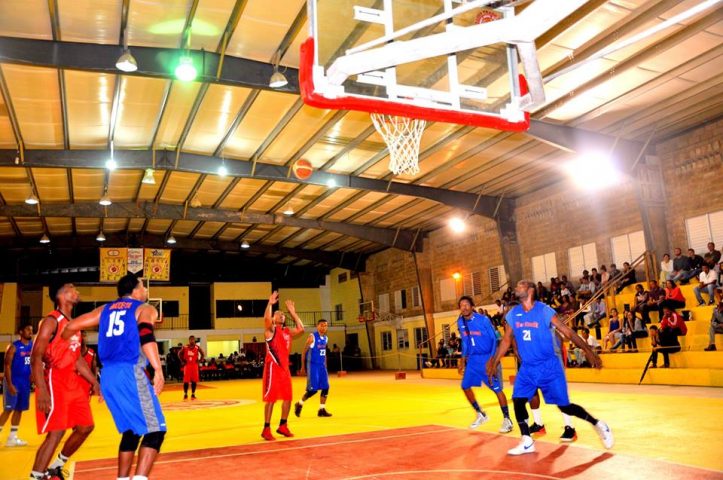 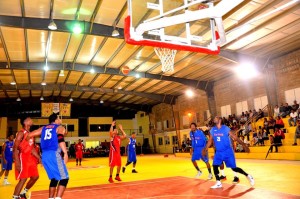 By Chrisbert Garcia: A total of six games were played over the weekend as the National Elite Basketball League’s (NEBL) season continued all across the country with some exciting matches, beginning on Thursday night through to Sunday afternoon.

In the first match on Friday night, the Dangriga Warriors hosted a struggling Cayo Western Ballaz team, defeating them and extending their losing streak to three games with a final score of 58-44 in favor of the Warriors. Macario Augustine, the league’s leading rebounder, led the Warriors to that victory with 14 points and 15 rebounds as he continues to dominate in the paint, helping his team improve to a 2-1 record.

A second game was played that same night in Belize City, where Belmopan’s Bandits were on their way to a victory with a 10 point lead in the third quarter against No Limits at Bird’s Isle, when the game was stopped due to rain. The remainder of the game will be played at the same venue this weekend.

On Saturday night, Cayo’s Western Ballaz redeemed themselves with a win against Belize City’s No Limits at the Sacred Heart auditorium in San Ignacio Town. A final score of 80-59 respectively, shows the Cayo side’s dominance throughout the game as they maintained a 20 point lead with the help of the game’s leading scorer, Milton James who got 26 points to go along with 6 rebounds and 2 steals, improving their record to 3 wins, 2 losses.

The second game of three played on Saturday night, was the undefeated San Pedro Tiger Sharks hosting the undefeated Smart Belize Hurricanes in a nail biter that was decided by two clutch free throws from Smart’s Farron Louriano, who secured a one point victory for his team, making it the only undefeated team remaining in the league.

Louriano led in scoring with 26 points and also had 5 rebounds to defeat the Tiger Sharks at home, snapping their 22 game home winning streak, dating back to last season. The final score was 89-88 and Smart Belize Hurricanes now has an impressive record of 4 wins, no losses.

In Saturday night’s last game, Orange Walk’s Running Rebels played and won their first game of the season, doing it against Independence Thunderbolts on their home floor, with a final score of 75-66, giving Independence the worst in the league, 0-4. Roger Reneau led the Rebels in scoring with 30 points, 4 rebounds, 2 assists and 4 steals.

On Sunday afternoon, the Running Rebels played again, this time against Dangriga’s Warriors, who defeated them with a final score of 60-41, behind an impressive performance from Edgar Mitchell who scored 16 points, grabbed 2 boards, got 4 assists and 2 steals to improve the Warrior’s record to 3 wins and 1 loss.

All games can be followed live on the league’s website: nebl.sportingpulse.net