Belmopan police investigate burglary of over $18,000

By Aaron Humes: A Jury of 5 women and 4 men deliberated for about 90 minutes yesterday in the court of Justice Adolph Lucas before it found 64 year old Honduran national Estela Gonzalez guilty of human trafficking. 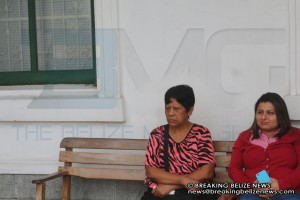 Gonzalez is faced with up to 8 years’ imprisonment. Gonzalez committed the offence between August 17, 2013 and September 7, 2013.

The complainant, who was 15 years old at the time, was brought to Belize City from Honduras by Gonzalez on August 18, 2013. She testified that she was having family issues in Honduras and she was introduced to Gonzalez who offered to take her to Belize City. She said that when she arrived in Belize City she visited a business establishment and she contacted Gonzalez by telephone and she went to Gonzalez house. She said she was asked what kind of work she wanted to do and she told Gonzalez she wanted to work in a beauty salon. She said Gonzalez took her to Temptation Bar, located at mile 10 on George Price Highway, where she had sexual intercourse with 3 men on 3 different occasions.

She said each of the men paid Gonzalez $150 for her services and after paying the house $50 for each man, Gonzalez gave her a total of $25. Gonzalez gave a statement from the dock in which she denied that she committed the offence. She said the girl showed up at her house at mile 10 on George Price Highway, begging for work.

She said she told the girl she don’t have any work and when the girl insisted she took the girl to Temptation Bar and gave her a job.

The Crown was represented by the Director of Public Prosecutions, Cheryl-Lynn Vidal, who was assisted by Crown Counsel Sherigne Rodriguez and Janelle Tillett.