Traffic Mishap on the Yo Creek Road, Orange Walk 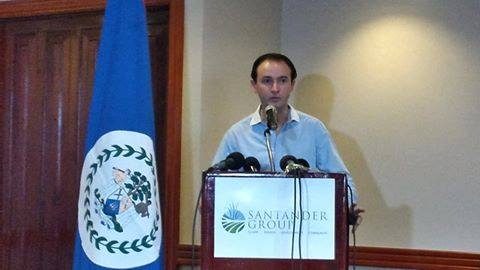 By Aaron Humes: The Chief Financial Officer of the Santander Sugar Group, Andres Ayau, today addressed a press conference in which he announced that the group has formally withdrawn its offer for a $12 million loan from the Social Security Board (SSB).

The Group, based in Guatemala but featuring investors from multiple countries, says it has obtained the money from another source.

However, with a further $30 million to be invested in the coming months, Santander will offer the Board another chance to invest.

Ayau bemoaned the “politics” to which the matter was subjected, urging Belizeans to give Santander and other investors a chance to bring real economic development to the country.

The sugar mill is expected to start production in the next three weeks and grind out a partial crop for this season and go into full production for the next, with an expected crop of 800,000 tons of sugar cane.