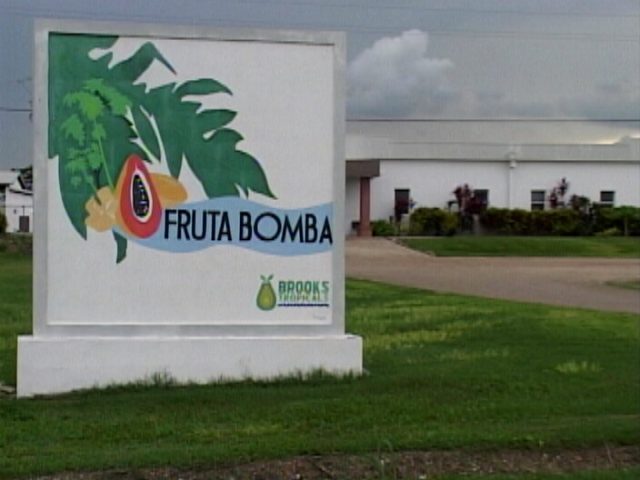 By BBN Staff:  Brooks Tropicals, which had announced its intention to close operations in the country last week, intends to lay off 123 more employees by the end of the day, according to a release from the Ministry of Labor. 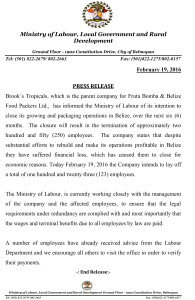 The ministry further indicated that it is working with the company and employees “to ensure that the legal requirements under redundancy are complied with and most importantly that the wages and terminal benefits due to all employees by law are paid.”

Subsidiary companies of Brooks Tropicals, Fruta Bomba and Belize Fruit Packers employed 250 men and women before the terminations began a few weeks ago. Already, some 40 employees had been laid off before today.

Last week, Brooks Tropicals, the largest papaya producer and exporter in Belize, confirmed that it was closing its operations permanently. The company said it had and continues to incur significant financial losses even after substantial efforts to rebuild and improve profits.

The company projected it would cease operations within a six-month timeline but hinted that additional terminations may occur during the process.

The Ministry has encouraged employees that haven’t sought advice to do so at the labor office.