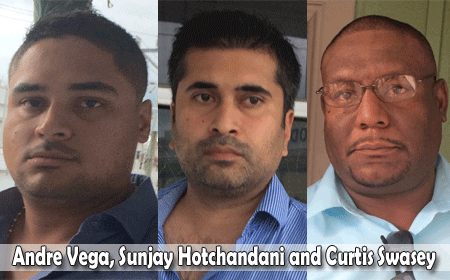 By Aaron Humes: The man who says he invented a lottery texting program via short message service (SMS) that evolved into the television game show “Mek Mi Rich” is a little richer himself tonight. 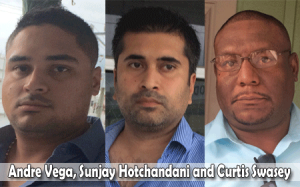 Swasey accused BTL executives of using his unique idea to underline the Mek Mi Rich program. The defendants claimed that not only was Swasey’s idea not unique, it was not original or complete. In fact, they claimed that his idea for “Super Slam Sunday,” which was to be applied to buying Sunday Lottery and Boledo tickets, was different from “Mek Mi Rich.”

But the attorney representing BTL, Magali Perdomo does not concede that this represents a moral hit for BTL; however, Swasey’s attorney, Kareem Musa says his client has clearly won.

As to damages, Swasey was only awarded 25 thousand dollars and Musa explained that he could have gotten more but the information on MMR’s financials is not available and if the game was in operation, Swasey would have been entitled to royalties.

So, what happens now with the game show given today’s judgment? Naima Barrow says the show is not in operation pending revamping of the program, but there has been no injunction stopping them from operating. An appeal is on the table but has not been confirmed.

All sides must return to court to work out costs.