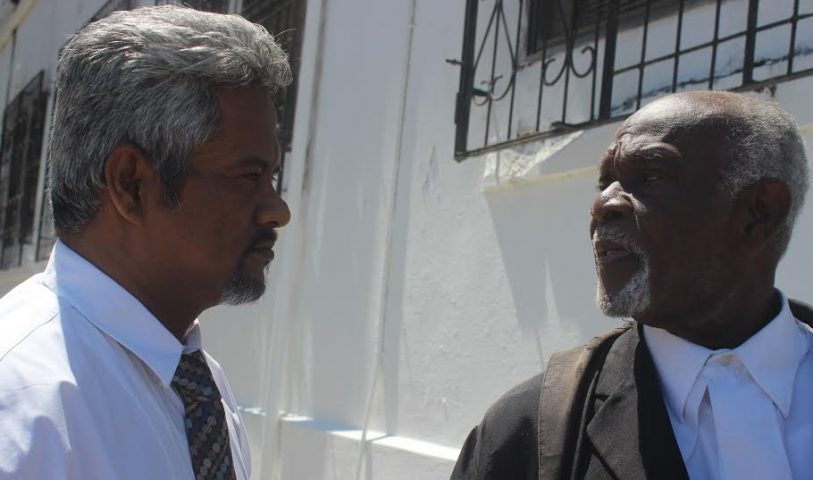 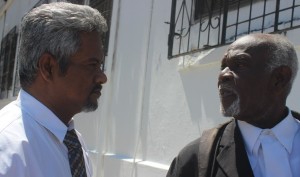 By Aaron Humes: The Court of Appeal has freed former Police Constable Alpheus Parham, found guilty a year ago of a charge of manslaughter in the shooting death of Alex Goff, who he shot to death in a detention cell at the Caye Caulker Police Station on May 9, 2010.

A jury of six men and six women delivered a verdict of not guilty of murder but guilty of manslaughter in  after deliberating for four hours.

But according to Senior Counsel Simeon Sampson, Parham’s attorney, trial judge Troadio Gonzalez made multiple errors that voided the conviction, including misdirecting the jury on self-defense and accident, the defenses claimed by Parham

Goff had been accused of accosting persons on the island while reportedly under the influence earlier in the day. Two of Parham’s fellow police officer testified that they each saw Constable Parham go to the back of the cell and hear an “explosion” shortly afterward. Both saw Parham come back from the back of the cell and the second officer said he walked out of the station thereafter without speaking to anyone.

Parham, speaking from the dock during trial, said that on responding to the cell after Goff was reportedly being disorderly, the detainee said he wanted to use the restroom and on their way there, Goff reportedly reached for the officer’s revolver and they struggled, during which the gun accidentally went off and caused Goff a fatal wound.