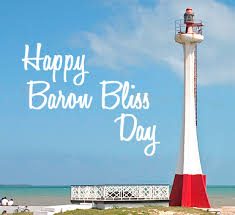 By Dalila Ical: Today, March 7, is being observed as National Heroes and Benefactors Day, in lieu of the public and bank holiday Wednesday, March 9. It is, a day set aside to remember Belize’s greatest benefactor, Baron Bliss, 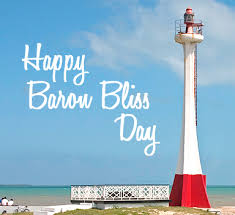 and in recent years, the holiday has been changed from its original name, Baron Bliss Day.

So, while most people use it as an opportunity to put their feet up and relax as part of the long weekend, the observance of this important historical figure must never be diminished as just an opportunity to not work or go to school.

So in commemoration of the celebration, here are 10 facts about Baron Bliss.

Fact 1: The Baron Bliss’ full name is actually Henry Edward Ernest Victor Barretts. His last name was changed to Bliss around the time when he acquired the fourth Baron of the former kingdom of Portugal. This title passed on him through lineal decent from one historical figure, John Moore, a hero in the wars of that domain.

Fact 2: He was an Englishman born on February 16, 1869. Before traveling abroad, he lived at Quarry Court, Marlow, in the County of Buckingham, England. He was married to Ethel Alice Baroness Bliss.

Fact 3: Historical accounts say that he was an engineer by profession. No one knows exactly how he managed to amass his wealth. It was estimated that he had a net worth of almost a million pounds, along with securities, shares, and other private properties.

Fact 4: In 1911, the Baron was struck by paralysis at the age of 42, and for the rest of his life he was confined to a wheelchair. A few years later he settled his affairs in England, including making arrangements for his wife, he left England, making it clear that he did not intend to return.

Fact 5: He started exploring the Caribbean in his Yacht, the “Sea King”. He made a stop in the Bahamas, and this was the first location he grew an attachment to. It is believed that he bought properties there.

Fact 6: Some five years later, he became disenchanted with the Bahamas, and in 1925, he set sail for the Western end of the Caribbean.

Fact 7: He came to Belize on a whim; he was simply intrigued by an invitation given to him by an old friend, Willoughby Bullock, who happened to be the Attorney General of Belize at the time.

Fact 8: His yacht, the “Sea King”, dropped anchor in the harbor of Belize City on January 14, 1926. With the great improvement of his health from a bout of food poisoning in Trinidad, Baron Bliss immediately fell in love with the country, which was still a British colony, called British Honduras. He took every opportunity to enjoy fishing in nearby waters. He also visited the cayes and the barrier reef, much to his enjoyment.

Fact 9: A few days before his 57th birthday, he became seriously ill, and that’s when he informed the then Governor aboard his yacht that he wished to leave the bulk of his estate for the people of Belize.

Fact 10: In his will, he donated approximately 1.8 million pounds for the country. With granular details, he painstakingly set out the arrangements for the executors on how to invest his money, and how the proceeds of those investments would go to the benefit of the country and all its citizens. The Bliss Center for the Performing Arts and the Bliss School of Nursing are only two prominent examples of that benefit to Belizeans.

Bonus Fact: Baron Bliss never set foot on Belize’s mainland in the entire 2 months that he spent in the country’s territorial waters. Yet, he saw it fit to gift his fortunes so generously to the country. He was buried on the water front of Belize City, now called Marine Parade.