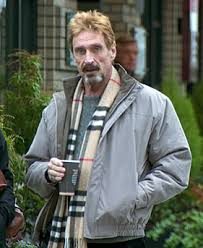 By Aaron Humes: Back in 2012, GSU police had raided the home of John McAfee in Orange Walk.

Police alleged that a number of persons tried to corrupt public officers in order to get information into the case against McAfee. 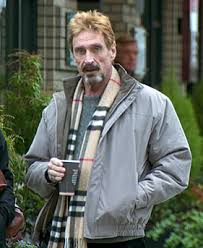 One police officer, Darius Martinez, has since been convicted and has appealed, while this morning, the last two persons charged in connection with the incident were acquitted today of the serious criminal charge.

Allegations are that on May 8, 2012, they attempted to corrupt Adrian Lopez, a police officer attached to the Gang Suppression Unit (GSU) in respect to his duty as a public officer by attempting to influence Adrian Lopez to provide confidential information to them about the operations of the GSU as it related to John McAfee in return for $400 cash.

Senior Magistrate, Sharon Fraser, declined to continue the case after a request for an adjournment by the DPP’s office and set both Richards and Garnett free.

Senior Counsel Ellis Arnold submitted that the court ought not to grant the prosecution another adjournment as the matter has been dragging out before the court for more almost four years.

The trial against Richards and Garnett had commenced from November 26, 2015, almost four months ago, featuring evidence coming from as many as three witnesses in the prosecution case including Adrian Lopez, the officer the duo were alleged to have tried to corrupt.