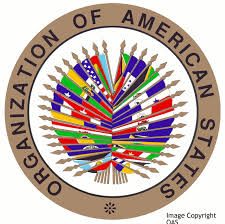 By Aaron Humes: Four months after the United Democratic Party’s (UDP) 19 seat to 12 victory at general elections held on November 4, 2015, the Organization of American States’ (OAS) electoral mission has reported to the Permanent Council. 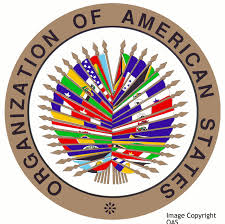 At the OAS’s headquarters in Washington this morning, according to a press release, Chief of Mission Jacinth Henry-Martin highlighted the procedures and systems that the organization believes generated a generally inclusive and clean electoral process.

The OAS singled out better communication between the electoral authorities and political parties before the election, as well as improving the process for tabulating and processing results. 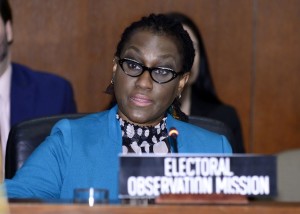 administration and revamping the voters’ list through “comprehensive re-registration,” as well as greater
participation by women and young persons, and addressing campaign financing and electoral management.

The mission also frowned on the open campaigning in and around polling station, in violation of the 100-yard boundary line long established by law. It said, quote, that on Election Day, the active presence of large groups of political party supporters outside of voting centers, could produce an environment that would make it uncomfortable for some voters to express their preferences without feeling outside pressure. End quote. 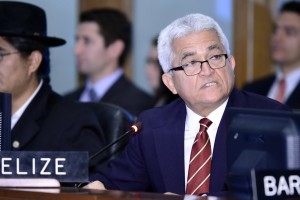 that Belize is planning redistricting, registration of voters, efforts to increase participation of women and young persons, campaign financing legislation and the distribution of responsibilities among electoral management bodies.