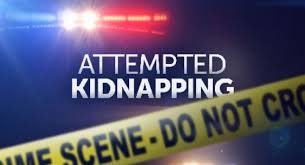 By Dalila Ical: Police are investigating what they have described as an attempted kidnapping in Orange Walk.

Police say that they received information at around 12:30 Monday morning that a Belizean contractor of San Estevan Village in the Orange Walk District had been kidnapped in San Pablo Village. 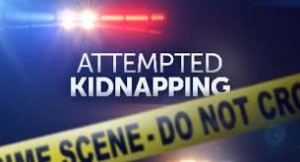 A search was organized and police found a blue Toyota T-100 pickup truck parked on the right shoulder of the road at the entrance of Douglas Village facing an eastern direction. A further search led police to the victim, who was found hiding in a farm about 300 meters from his vehicle. Police has not released his name at this time as the investigation is on-going.

Police later learned that around 10:45 on Sunday night, while the victim was returning from San Joaquin Village in the Corozal District, he slowed down at the speed bump on the Philip Goldson Highway near the San Pablo RC School.

At that point, two Hispanic males, slim built, jumped into the pan of the vehicle. One of the men was reportedly wearing a black shirt and a khaki ¾ pants and had low cut hair. The second man wore a black shirt and a black ¾ pants and had long hair. One of the men pulled out a firearm and ordered the victim to drive to Douglas Village and fearing for his life, he complied.

He was forced to drive all the way to the riverside in Douglas Village and was then ordered to head out of Douglas. On his way he made a bold move and threw himself out of the moving vehicle and escaped into the cane field. As he did so, the victim told police that he heard a gunshot in his direction but no injuries have been reported.

Police are investigating the matter and are presently looking for two persons in connection with the incident.