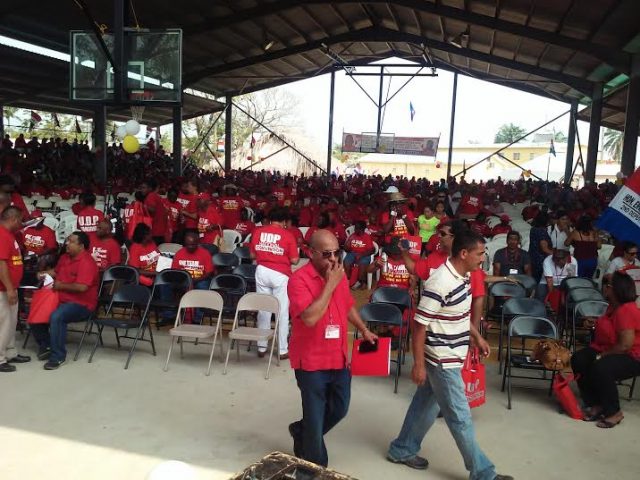 By Aaron Humes: At its national convention ongoing today in Dangriga, the United Democratic Party (UDP) unanimously approved two amendments to its Constitution.

The first deals with the appointment of the party’s Secretary General, currently Pearl Stuart, to the Central Executive Committee.

The second, more consequential amendment deals with granting the National Party Council powers to select the date for the Convention as necessary and specifically to delay the next Convention to past January 1, 2020 except for special conventions for elections of party officers.

Except where otherwise noted, the Convention is called for the first weekend in October in every odd numbered year. The current convention was delayed from February of 2013.

Earlier, guest speaker Dr. Arlie Petters called for a renewed interest in nation-building and called on Government to pay attention to the most marginalized and recognize and assist those working in the community.

Policy statements on women and youth will be read this afternoon following lunch and the party will endorse its current leadership to close the Convention.

A full story is coming later.