BDF commander says he is working with Guatemalan counterpart to ease tensions in Sarstoon; warns media over leaked report 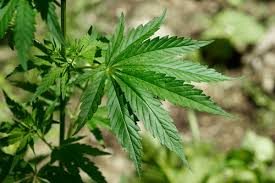 By Aaron Humes: 25 year old George Reyes, a prison officer who was busted yesterday when he tried

to smuggle 47 grams of cannabis into prison by hiding it in his groin area, pleaded guilty to drug trafficking when he appeared today before Magistrate Deborah Rogers.

Because it was his first offence he was not given the custodial sentence of 3 years. He was fined $10,000 and he was given 1 year to pay. If he defaults on payment he will serve 3 years.

In his plea for mitigation, Reyes said he accepted the job to take the weed into prison because he needed the money to pay for an operation for his mother.

Around 6:41 yesterday when Reyes reported to work, he was told that a naked search would be conducted on him after a prison officer felt something hard in his groin area. Reyes then said that he only had a little weed and he asked the officer to give him a “run”. When the officer refused, Reyes put his hand in the front of his pants and came up with a rectangular shaped plastic bag which contained the cannabis.