Early indications of support for deputy leader candidates of UDP 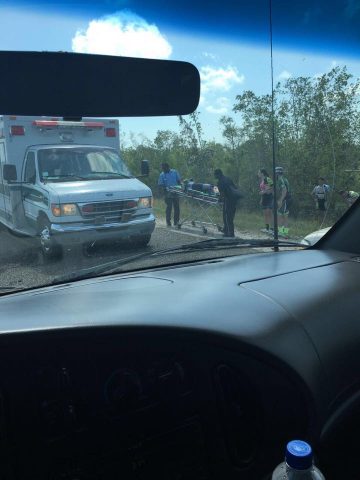 By Aaron Humes: Six foreign cyclists, four of whom were preparing to ride in the biggest cycling event this coming Saturday were knocked down just before 10 this morning.

The tragedy occurred between miles 13 and 14 on the George Price Highway and involved the US riders from the Starlight team out of North Carolina and two of their wives. 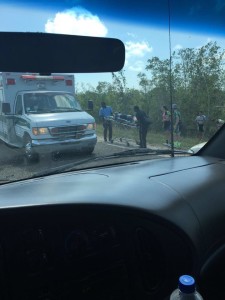 The team was returning to Belize City after their morning training.

Cycling Federation President, Deon Leslie lamented that cyclists are still facing such dangers while training on the road.

Among those injured are Lori Harkey, no stranger to Belize who has also ridden in and won the female version of the Cross Country. She is now in serious condition, undergoing treatment at the Belize Medical Associates, while Jacqueline Flynn suffered a broken wrist and the male cyclists – Chris Harkey, John DeLong, David Flynn and Scottie Weiss – all suffered various face and body injuries. All are also currently in treatment at the Belize Medical Associates.

This afternoon, police said the driver of the pickup which knocked down the cyclists gave a different version of events from the cyclists. According to Sergeant Keith Clarke of Hattieville Police, Denton Hendy claimed that Harkey ran into him, not the other way around.

Police have issued a notice of intended prosecution to Denton Hendy. However, they elected not to take any blood or urine samples from him as he did not appear to be under the influence of anything at the time of the accident, and is cooperating with police.