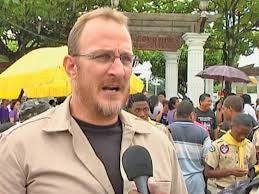 By BBN Staff: The National Garifuna Council (NGC) has demanded a public apology from outspoken Evangelical Pastor Scott Sitrm over what it describes as “discriminatory and defamatory” characterizations of the Garifuna culture. 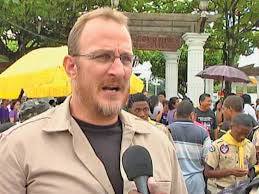 Stirm, the head of the Jubilee Ministries in Roaring Creek, made the comments during a presentation to colleagues, which was recorded and later posted on YouTube. In the video, Stirm describes the Garifuna Buyei as a witch and refers to the sacred Dugu ceremony as witchcraft.

The NGC, in a strongly worded press statement, responded by saying: “if he would do his research with an open mind, he, as a man of God, would learn that a Buyei is called to heal and works under the banner of prayer to God.”

“Many conquerors have used the Bible and Christianity as a front to condemn, convert, and execute our indigenous integrity, which we will not tolerate,” the NGC charged.

The Council affirmed that the Garifuna are spiritual people who serve the same God that all Christians worship.

The NGC expects Stirm to make a public apology and “refrain from making comments that are indicative of an unwarranted hostility to and disregard of our people and our duly elected government.”