Elderly man runs over pedestrian with car in Orange Walk 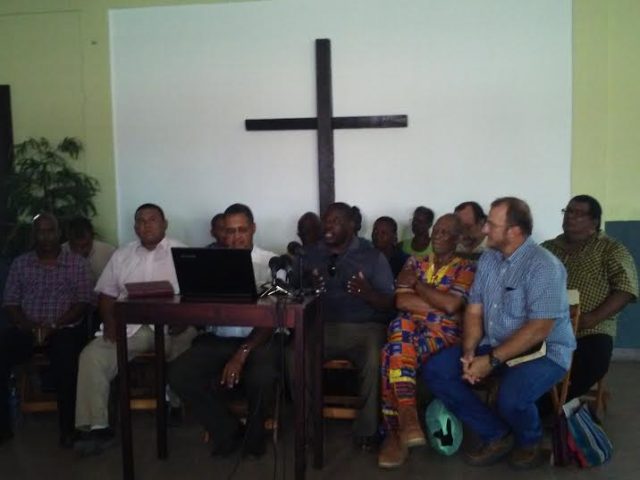 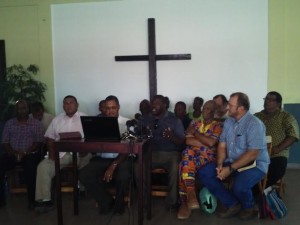 By Aaron Humes: The National Evangelical Association of Belize (NEAB) hosted the press in Belize City this afternoon to show support for Pastor Scott Stirm, who apologized this week for comments made on Garifuna spiritual beliefs to a foreign audience.

Corozal’s Pastor David Diego and Dangriga’s Pastor Victor Enriquez, among other Garinagu pastors and believers present, affirmed that Stirm is not known to them as a racist or discriminatory, and the latter called for Garinagu to de-emphasize their traditional reliance on ancestral beliefs.

Speakers emphasized that the Devil is wily and creative at sowing discord, and God dislikes idolatry of anything that disagrees with His teachings.

Stirm himself issued a fuller response, paraphrasing his response to the National Garifuna Council.

In it he clarifies that he was repeating the story of a Christian friend’s experience.

Stirm also warns that in the interest of not furthering the malice that he sees in the editing and posting of the video, there should not be any back and forth about whose ancestors offended whom, as the NGC suggested that the remarks are akin to the actions of Christopher Columbus.

Stirm told us that there will be “mobilization” of the nation in the coming months to take a strong stand against whatever comes – he warned that much of it is shocking.

The pastors noted that the Christian faith, because of its strong stance, is naturally offensive; all they can do is pledge to continue serving God and present His word, even at the cost of injury or death.