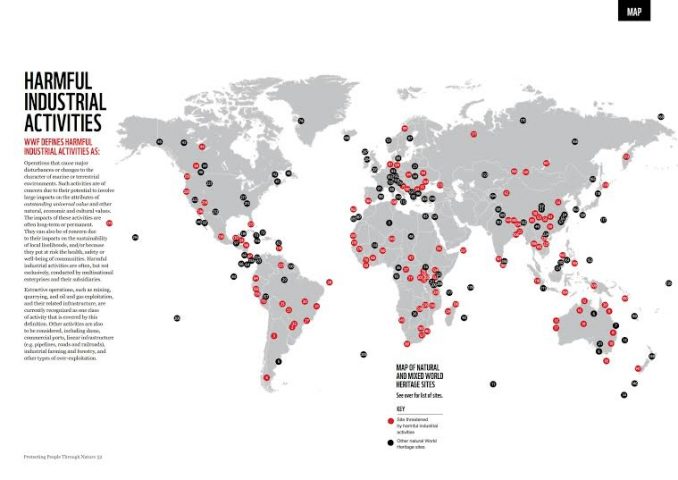 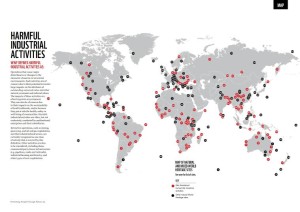 By Chrisbert Garcia: With over 5 million supporters and a global network active in over 100 countries, the World Wildlife Fund (WWF) is one of the world’s largest and most respected independent conservation organizations with its mission being to stop the degradation of the Earth’s natural environment.

The organization will officially launch its global campaign to strengthen the protection of Belize’s Barrier Reef Reserve System later today, which aims to ensure its long-term contribution to the economic and environmental prosperity of Belize and its people.

This launch is accompanied by a report of threatened world heritage sites across the globe, stating that half of them, 114 of 229 to be exact, despite the vital services they provide to people and the environment, are being threatened by activities such as oil and gas exploration, mining and illegal logging. 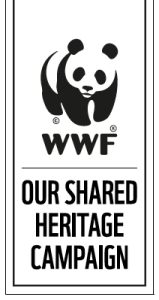 According to the report, those 114 sites either have oil, gas or mining concessions overlapping them, or are under threat from at least one other harmful industrial activity. In one example cited in the report, the Belize Barrier Reef Reserve System is shown to be at risk from unsustainable coastal construction, large-scale mangrove clearance, harmful agricultural run-off and the potential of dangerous oil exploration.

These threats put the well-being of 190,000 people at risk, which is half of Belize’s population and in a statement made by WWF’s Marco Lambertini, he says that world heritage sites should receive the highest levels of protection, yet we are often unable to safeguard even this important fraction of the Earth’s surface although 90 percent of them provide jobs and benefits that extend far beyond their boundaries.

It goes on to note that more than eleven million people – greater than the population of Cuba – depend on World Heritage sites for food, water, shelter and medicine, and could be negatively affected by the impacts of harmful industrial activities conducted at large-scale.

Remarks made by WWF’s Director for Latin America and the Caribbean, Roberto Troya, state that threats to World Heritage sites in places as diverse as Belize, Spain and Tanzania demonstrate how widespread the risks run and should unite us in our effort to protect these essential areas.

WWF’s report ends by establishing five global fundamental principles to well-managed world heritage sites, which are valuation, investment decisions, governance, policy-making and enforcement. These principles, as stated in the report, can help decision makers in Belize and worldwide achieve an appropriate and equitable balance between conservation, sustainability and development and reduce the threats to our shared World Heritage.