Special Envoy lashes out at Amandala 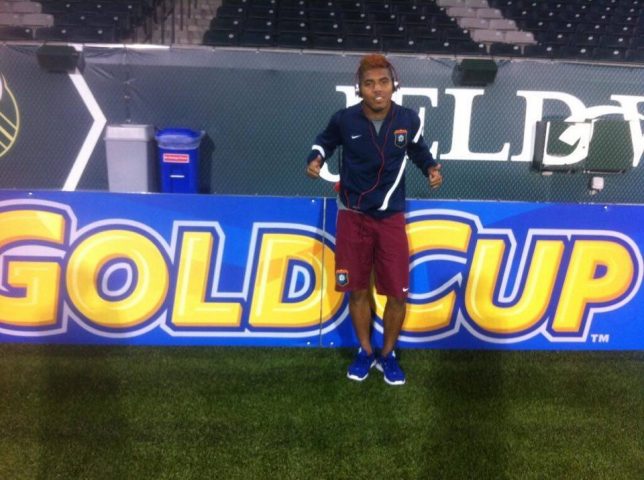 By Beverly Vernon: Luis “Baka” Torres, 24, was born in Belize City and raised in Independence

Village.  He started playing soccer from a young age and when he was 12-years-old he began playing with school teams.

In his high school years Luis won 2 National championships and in college, with the help of his teammates, he won the ATLIB football nationals as well.

He plays the winger/forward position. This is an important position and with his skills and motivation Luis gets the job done. Luis won MVP for the Premiere League of Belize (PLB) opening season in 2015.

He has played  with different leagues in Belize: the Georgetown Ibayani, Texmar Boys, Police United FC and Placencia Assassins, which is his present team in the PLB.  Luis is also a member of the Belize National team (Jaguars).

He was happy to be representing his country in this big event, he says.  Being out in the huge stadium he talked to USA’s London Donovan, which he says is definitely the highlight of his career.

He was the youngest player in the tournament but the drive that he has for the sport gave him the opportunity to play against the best.

Luis said some of his dreams are unreachable but the one he most  wants is to study abroad and become a coach for young players in Belize. 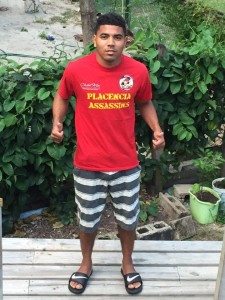 His role model in the football world is young Neymar Jr. of the Barcelona FC. Luis said the young Brazilian reminds him of himself.

Apart from football Luis works at Chabil Mar Villas. He loves his job because he gets to meet new people. He’s a famous football star to his co-workers, guests and friends.

Luis advised the youth: “Whatever you believe in, put your heart and soul. There will be obstacles on your journey, just ignore them. If football is what you love you need to dedicate, have respect and always try your best. Attitude plays a major role. Always be positive.”