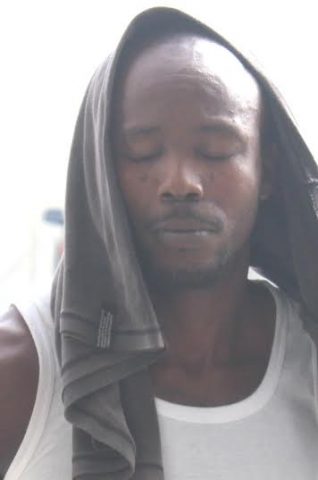 By Aaron Humes: In court news, A man police caught red handed burglarizing the Atlantic Bank Collet Agency ATM in 2015 pleaded guilty to burglary with intent to steal over $10,700 in items he ended up damaging during the burglary.

32 year old Malique Benito Martinez, a first time offender, appeared before Senior Magistrate, Sharon Fraser and changed his not guilty plea to guilty for the offense of 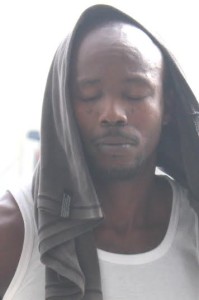 He was spared from an immediate prison term when he was imposed a non-custodial sentence and fined $3,000 to be paid by July 31, 2016 in default of payment, 5 years imprisonment.

Police had received information of a burglary in progress and upon arriving at the scene saw a man who identified himself as Malique Martinez leaving a hole at the back end of the building. Allyson Major wins constitutional case over firearms

Allyson Major, Sr., on Monday won an important case in the Supreme Court, challenging the constitutionality of the Firearms (Amendment) Act, 2010. Major sued two officers of the Gang Suppression Unit (GSU) and the Attorney General for unlawful detention and violation of his Constitutional rights.

In April of 2012, he and five others were charged over a stolen double-barrelled shotgun and a 16-gauge shotgun with ammunition, which authorities found at a house on Peter Seco Street, Belize City.

One of the accused, Kent Lynch, pleaded guilty to the charges; but police suggested that Major had ties to at least one of the other detainees. Even though he was not present at the time of the search, he was charged and remanded for 38 days. He fought the charges and won in November 2013. Justice Michelle Arana heard his case beginning in May of 2015.

Justice Arana’s judgment agreed that the law violates the citizen’s constitutional right to his freedom, shifting the burden of proof from innocent until proven guilty, to guilty until proven innocent.

As a result, police officers are not afforded the mechanism to investigate before detaining and charging a large group of people who may not have any connection to the illegal weapon.

Justice Michelle Arana concluded, quote, “I do not see anything which would lead me to find that this amendment was anything other than a spontaneous reaction to an admittedly terrifying, frustrating, and vexing problem plaguing Belizean society… I am constrained to agree with Mr. (Anthony) Sylvestre’s submission that the effect of the amendment of having all persons above the age of criminal culpability living at a premises…being detained, arrested, and charged is unreasonable, arbitrary and excessive, and as a consequence, unconstitutional.” End Quote.

The judge refers to the ordeal that Major endured as an injustice, which was compounded by the fact that he was charged and remanded despite the fact that another defendant had accepted guilt for the unlicensed weapons.

In her ruling yesterday, she awarded general damages of 5 thousand dollars, special damages for 6 thousand 5 hundred dollars and cost of court, but no vindicatory damages. According to attorney Sylvester, the court awarded all they had sought and he deemed the ruling a landslide victory.

Sylvester suggested that there are others whose constitutional rights may have been infringed using the draconian gun law.