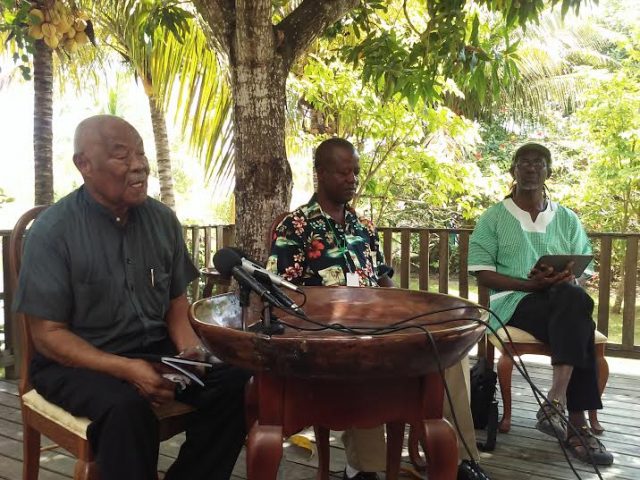 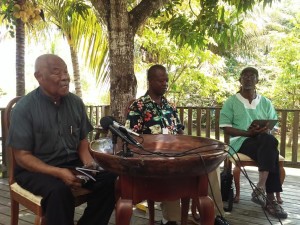 By Aaron Humes: Garifuna Settlement Day in November is the joyous celebration of the ethnic group’s arrival to Belize.

But it was borne out of a bitter day in April, 1797, when the original Black Caribs were loaded on the ship HMS Experiment from Baliceaux, near their home of St. Vincent, and brought to Roatan, Honduras.

From there they spread out to the Central American coast, first landing in Belize by 1802 – and the rest, as they say, is history.

But is it? As Belize’s 10,000-plus Garinagu population mark the solemn occasion of Garifuna Arrival, Survival and Prosperity Day, Garifuna leaders in Belize City warned that the Jewel may be taking the Garifuna for granted.

In light of the recent controversy over remarks by Pastor Scott Stirm on Garifuna spirituality, Catholic priest Jerris Valentine pointed out that it is one of the many ways they were able to survive despite attempts to “civilize” them.

Educator E. Roy Cayetano, who described the British actions as “genocide”, questions recent events as possibly contributing to a latent racist attitude that once was thought to be part of the past.

Activities for today center around the Garifuna-run Gulisi Primary School in Dangriga.