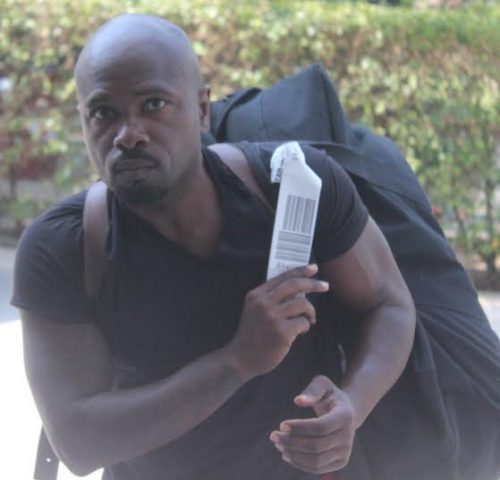 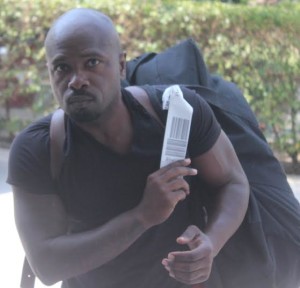 By Aaron Humes: 36 year old American national Russel Reid, a salesman of Los Angeles who was busted with 1.4 grams of cannabis at Phillip Goldson International Airport, pleaded guilty to a charge of possession of a controlled drug when he appeared today before the Chief Magistrate, Ann-Marie Smith.

Police report that at 9:16 a.m., acting upon information from the Belize Airport Authorities, PC Zuniga and PC Casimiro visited the scanning machine area for United Airlines and observed a search of a black bag which led to the discovery of a black plastic bag which contained green leafy like substance suspected to be cannabis.

Reid was taken to the Special Branch office at the Airport to be handed over to Ladyville Police for charges and arraignment.

Pointing out that the weed was in a separate bag inside the carry-on, Reid wanted to know if it made any difference. Chief Magistrate Smith pointed out that he should also have been charged with attempting to export cannabis, so it did.

She fined him $500 to be paid forthwith and told him that if he defaults on payment he will serve 6 months. Reid paid the fine and he was released to catch his plane.