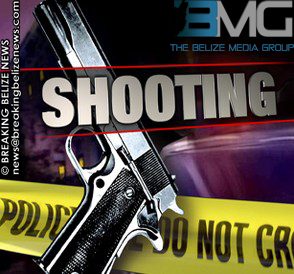 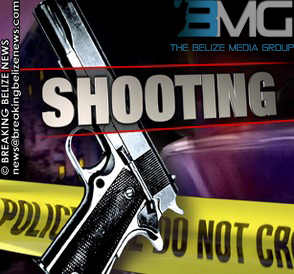 By BBN Staff: Businesswoman of Marage Road in Ladyville Village, Cynthia Lozano, reported to police that on Saturday morning around 2:50, she was sleeping when she heard loud noises coming from the front door of her house.

Lozano said the noises sounded like someone was kicking down the door then three gunshots were heard. Her husband got up to check what was happening and she turned off all the lights but saw no one outside when she looked through the window.

The couple then called for police assistance after observing three bullet holes in their front door and found three expended shells.

A separate shooting incident occurred in Ladyville on Saturday night at around 8:08 when police visited miles 26 ¾ and saw 43-year-old David Taylor suffering from a gunshot wound to his chest.

Taylor told police that he was home alone when a white SUV pulled into his driveway and as he went outside to see who it was, a man emerged from nearby bushes with a firearm. The gunman ordered him to the ground and when he refused, a struggle ensued, during which he was shot.

The victim managed to escape from his aggressor. He ran into his house and locked the door before calling the police. He stated that he did not know the driver of the SUV who was of Hispanic descent.

Taylor was transported to the Karl Heusner Memorial Hospital where he was admitted in a stable condition. Police are investigating the two incidents.