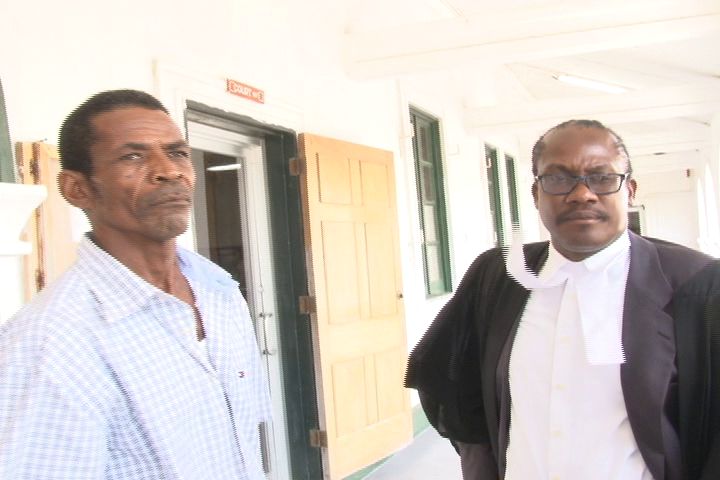 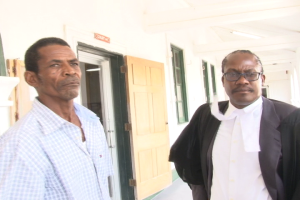 While at home on July 7th, 2014, in mourning after the murder of youngest family member Myron Smith, whom they had just laid to rest, the family were observing a repast with friends when two young men, both minors at the time, ran into their house, with then-Corporal of Police Anibal Castellanos and partner Detective Constable Jaime Arzu, who were on mobile patrol, pursuing them.

Corporal Castellanos recovered a 9mm pistol with 13 rounds of ammunition in the magazine from one of the bedrooms and arrested the entire family, despite their protestations that they had no knowledge of the weapon and that it was dropped by one of the fleeing youth, who told police that it was his.

Within a week of charges of keeping firearm and ammunition without a gun license being instituted against the family, they were withdrawn in court on the order of the Director of Public Prosecutions, Cheryl-Lynn Vidal.

The family’s attorney Anthony Sylvestre says they accuse the Government of malicious prosecution for bringing the charges without foundation and false imprisonment.

Crown Counsels representing the Government, Trienia Young and Leonia Duncan, sought to poke holes in the family’s testimony. It appears that at least two of the family do know the accused, and there were inconsistencies in where each family member said they were when the men ran in and when the police found the firearm.

Corporal Castellanos testified that he specifically asked, first at the residence and later at the police station, whether any one of the family owned the firearm or a gun license. He got no response the first time, he said, but later the family denied that any of them owned the weapon or held a license.

He also said that he invited any person who did not live at the residence to leave, in accordance with the amended Firearms Act which requires police to charge only those persons “ordinarily resident” – that is, living on a regular basis – at a residence where a firearm is discovered, as opposed to visitors and non-resident family members.

Both Sylvestre and Alrick Smith say none of it is enough to matter. They have proven their case, and Smith hopes for justice.

Closing arguments will be made on Thursday at 2 in the afternoon.