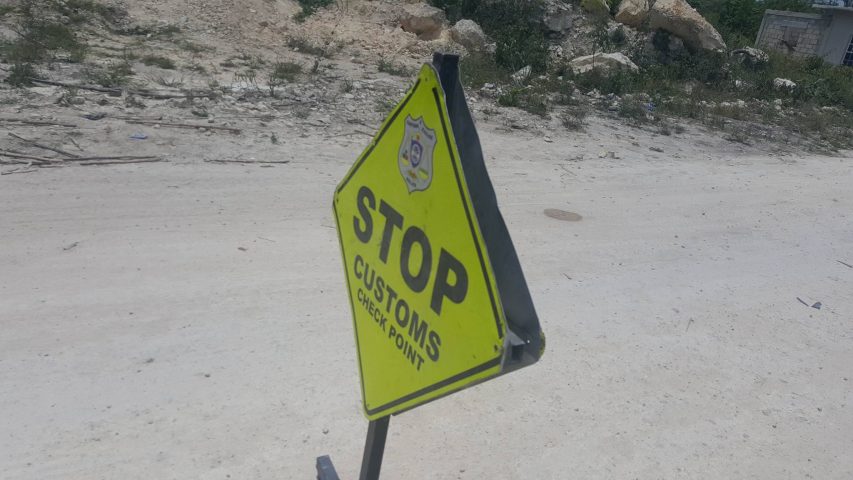 By Dalila Ical: The Belize Customs and Excise Department has set up a check point at the entrance of Santa Cruz Village in the Orange Walk District in an effort to tighten its control and vigilance of the area where significant contraband takes place.

Senior Officer in Charge of the Operation Enforcement Section in Belize City, Celso Marin says Belize City officers have teamed up with officers from Orange Walk to conduct the checkpoints and to also patrol an area of about 45 miles along the river up to San Victor Village in the Corozal District.

The area is a hot spot as it is an illegal port of entry and while much of the contraband is done along the San Antonio/Santa Cruz roads, there is activity along the river as well where a network of dirt roads and sugar roads make for a porous border area.

And while Officer Marin did not confirm this, reliable reports indicate that the check point which started since last Tuesday was done due to an influx of drugs as well.

Upon a visit on Sunday morning, there was an unusual slow flow of people visiting San Francisco Botes, Mexico. The stores were empty and at least one shop owner voiced her discontent about the slowed business. By the afternoon, visitors flowed in but very little shopping was done.

Their loss, however, is a gain for local agricultural producers. Year after year farmers, onion producers especially, have complained that contraband has limited their sales. The increased presence of the department may help in that matter although smugglers devise ingenious ways of bringing their stocks into Belize.

Marin says they plan on keeping the checkpoint active for some time and encourage Belizeans to visit the legal entry point at Blue Creek in Southern Orange Walk where a customs office has been operational for many years. There is also an immigration office at La Union, Mexico making the area secured.

Amid the recent activity though, villagers in Santa Cruz report that certain persons have received special treatment and have been seen to take across cases of Mexican beers without so much as a search conducted on their vehicles. Marin says that anyone who has a complaint, or proof can contact the office of the Deputy Comptroller himself, Collin Griffith, to file it and the matter will be investigated.