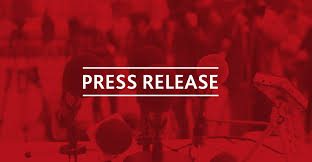 By Aaron Humes: In a late press release this evening, the Government reports that it has requested the support of the OAS in a verification exercise to ascertain the facts surroundingWednesday’s incident.

It emphasized that it, quote, very much regrets any loss of life and will be conducting its own investigation. End quote. 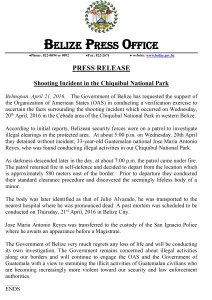 However, it pointed out that Guatemalan civilians are, quote, “becoming increasingly more violent toward our security and law enforcement authorities,” end quote, and say they will continue to engage the OAS and the Guatemalan government with a view to stemming those illicit activities and behaviors.

Belize’s preliminary reports are that security forces on patrol detained one Jose Maria Antonio Reyes, a 33 year old Guatemalan national who was found conducting illegal activities in the Chiquibul National Park. This was around 5 on Wednesday evening.

About two hours later, the release continued, while still in the area and as darkness descended, the patrol came under fire, according to the release, and returned fire in self-defence. They decided to leave the area, and upon checking the surrounding found the body of the minor, now identified as Julio Alvarado.

A post-mortem examination was scheduled for today, Thursday, in Belize City. Meanwhile, Reyes is in custody in San Ignacio and awaits an appearance before a Magistrate.