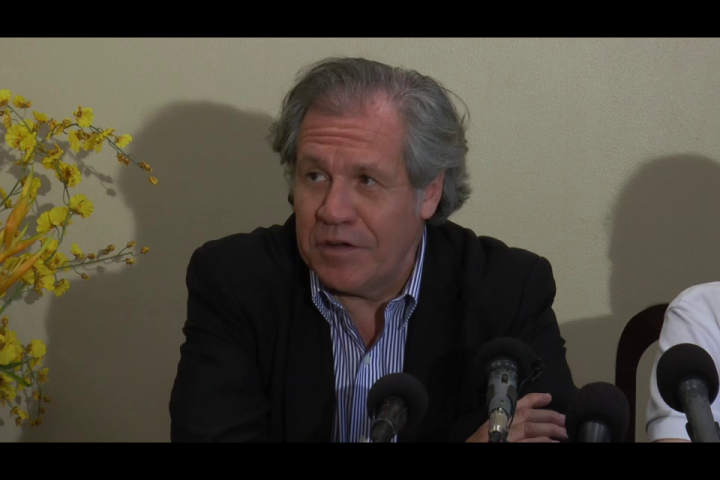 By Aaron Humes: The Secretary General of the Organization of American States, His Excellency Luis Almagro, held his last engagement in Belize with the press this morning at the Philip Goldson International Airport. 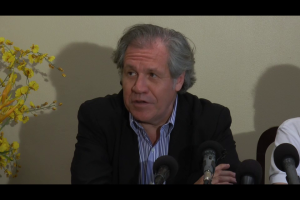 He addressed a number of issues including the report that Belize Defence Force soldiers shot and killed a Guatemalan in Belizean territory on Wednesday. He said that as Belize and Guatemala work toward verifying the report, it is now more important than ever for them to work together.

The Secretary General reiterates that Belize and Guatemala should resolve their dispute at the International Court of Justice (ICJ); however, he was circumspect about when a referendum should be called

Secretary General Almagro strained mightily to stay diplomatic and neutral, such as when he tackled a question about Belize needing to drop its threshold for validity of the referendum to simple majority instead of 60 percent.

The Secretary General spent most of his time in Belize at the Adjacency Zone, checking in on a cultural program sponsored by the organization. However, he found time to meet with both sides of the political spectrum in Belize and fly over the Zone with the Belize Defence Force.