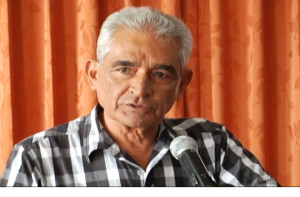 Briceño made the announcement yesterday evening after a meeting with the O.A.S. Secretary-General Luis Almagro.

It is believed that the sudden removal of Ambassador Shoman is due to the fact that he stated that he was not a member or supporter of the PUP at the launch of BNTU’s campaign in Benque on Friday, April 15.

PUP Leader John Briceño had recently appointed Assad Shoman to sit on the Belize/Guatemala team along with the Foreign Affairs Minister, Wilfred Elrington.