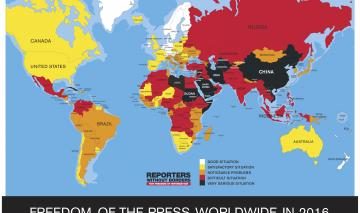 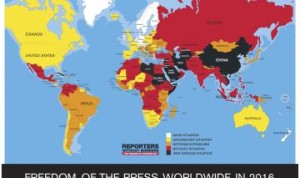 By Aaron Humes: According to the Reporter, The Reporters without Borders annual World Press Freedom Index ranks Belize 36th of 180 nations, a drop of six places from last year’s ranking.

The Index measures pluralism, media independence, quality of the legal framework and the safety of journalists to evaluate the countries studied.

According to the report, in 2016 there was a “deep and disturbing” decline in media freedom, with the organization’s secretary general stating that many of the world’s leaders are developing a form of paranoia about legitimate journalism.

“The 2016 World Press Freedom Index reflects the intensity of the attacks on journalistic freedom and independence by governments, ideologies and private-sector interests during the past year,” the report noted.

The report also takes into serious consideration information gathered about abuses and acts of violence against journalists in any country studied, the Reporter writes.