Killed Guatemalan boy had been to Belize before; BDF maintains incident was self-defence

GOB may find place for Assad

By Aaron Humes: Former Minister, Senator and Ambassador Assad Shoman may be in a position to assist the current Government with the Guatemala dispute, Prime Minister Dean Barrow announced today. 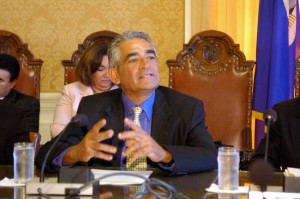 Shoman publicly declared at the Belize National Teachers’ Union (BNTU) rally in Benque Viejo that he is not a member of the People’s United Party (PUP), and was not speaking there on their behalf despite being appointed by party leader John Briceno. Briceno subsequently replaced him with Senator Eamon Courtenay.

Also at that event, Shoman was on record as saying he “does not trust the Guatemalans.” Barrow preferred to say that he would keep all lines of communication open and try to ensure that meetings between the countries to discuss the way forward are conducted with a show of mutual respect.

While the Prime Minister said that Dr. Shoman’s quarrel with the PUP is for them alone to settle, the Government of Belize – as distinct from the United Democratic Party – may be able to offer the trained attorney and writer a place to work. Specific details would still need to be worked out.