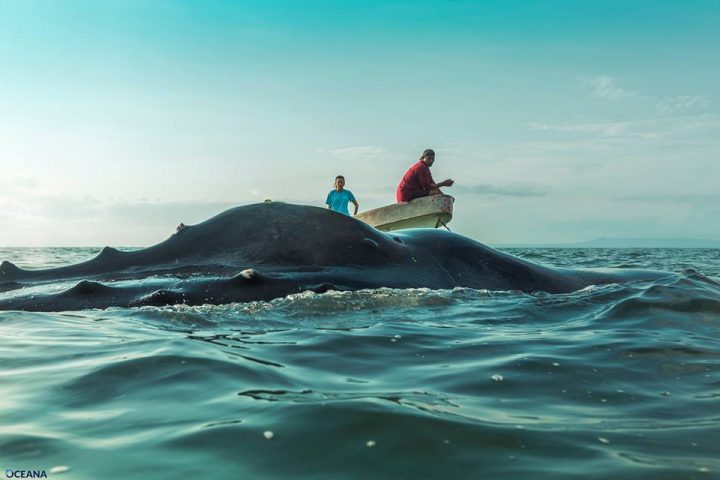 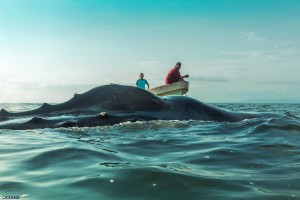 By Aaron Humes: A humpback whale was reported apparently sick or injured off the coast of the Toledo District by OCEANA in Belize, which dispatched a team to conduct investigations on Friday.

Tonight we can tell you that the whale has unfortunately died.

According to the organization, the whale was first seen on February 24th in our southern waters and in the last two months several sightings were reported from as far north as Big Creek Port to as far south as Puerto Barrios, Guatemala.

OCEANA says that when they visited it on Friday, the animal was in obvious distress, with its movement hampered by a gill net wrapped around its tail. That net is said to have belonged to foreign fishermen who tried to return for it in the night.

OCEANA Vice-president Janelle Chanona is quoted as saying that repeated incidents involving protected and endangered species as well as charismatics continue to reveal the indiscriminate nature of these nets, and says that Belize needs to stop their use.

According to OCEANA, quote, Humpback whales are known to travel great distances during migration season. The whales travel to tropical and subtropical waters to breed and give birth. End quote. A moratorium on humpback whale hunting went into effect in 1966 but the species continues to be impacted by entanglement in fishing gear, ship collisions and noise pollution.