Man shot dead in Corozal, apparently over a stolen bike 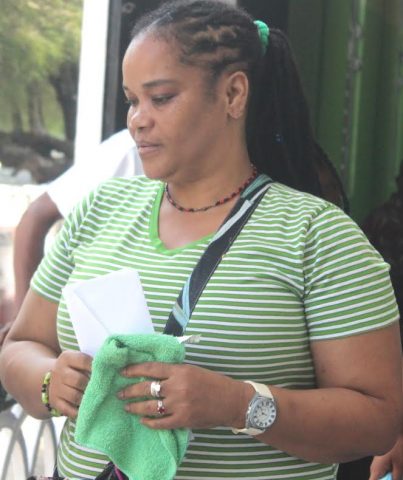 By Aaron Humes: She allegedly chopped her common law husband to death but blamed others for it when charged with murder. She was found guilty, and a re-trial was ordered. 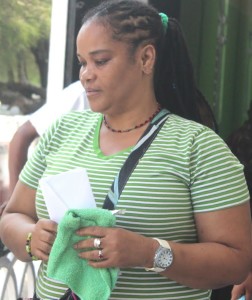 Today, Kimberly Brannon accepted a plea of manslaughter, claiming for the first time that Anthony “Antics” Herrera held her in an abusive relationship from the age of 14 until she killed him after she could not take his abuse anymore.

The 45-year-old mother of three was sentenced to eight years in in prison by Justice Troadio Gonzalez, but has only 6 months and 17 days left to serve.

She was credited for 7 years 4 months and 13 days on remand after a mitigation plea by her attorney, Leeroy Banner, who begged the court for mercy and to take into consideration the long period of abuse which Brannon bore in silence.

Brannon spoke emotionally from the dock, telling the court, quote, “From when I was 14, I got to know Herrera and ever since that time, I had lived a life of torment with him, being abused by him physically. I have marks on my body.  He abused me sexually too and also psychologically and emotionally. I lived under fear from him.  I was cut to the body…” – here she paused to show Justice Gonzales a cut wound left on her neck area, then continued, “He burst my head, and my lips. Sexually he just abused by body the way he wanted. He did it to me all the time. He used to threaten me, always saying he will kill me.”

According to Brannon, whenever she found the courage to leave Herrera, which she did on numerous occasions, she always went back because of fear he would kill her or hurt a family member. She had to give up her children to her mother to be taken care of, and even turned to drugs.

Brannon issued an apology for her actions to Herrera’s family in court.

Justice Gonzalez relied on two famous recent cases for sentencing guidelines: Lavern “Anti-Christ” Longsworth and Viola Pook, who both faced similar circumstances: convicted of murder, only to see their sentences quashed. Pook accepted a manslaughter plea before re-trial and Longsworth’s sentence was reduced at the Court of Appeal.

In her first trial, Brannon had pleaded not guilty and her defence was that men came to her Burrell Boom home looking for drugs which they thought her husband had for them and when they did not find the drugs, they kill him chopping him up and left him there to die, but sparing her life and leaving her unharmed.