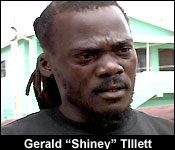 By Aaron Humes: Nicholas Swazo, accused of shooting 36 year old Gerald “Shiney” Tillett to death at the Wadani Shed on Saturday night, April 16, has been released from hospital after being shot himself during 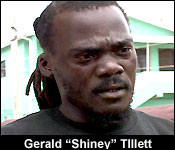 the incident and is now formally charged and remanded to prison.

Acting Officer in Charge of Dangriga Police, Assistant Superintendent Mark Stephens, told us that police investigations continue into the possibility of a conspiracy and finding anyone who helped the alleged shooter.

Meanwhile, head of the Gang Suppression Unit, Mark Flowers has linked Swazo to the Southside Gangsters or SSG as an alleged ally; however, the alleged leader of that group denied any involvement in speaking with one media house, and suggested that the late Tillett had many enemies and rivalries with other gangs.