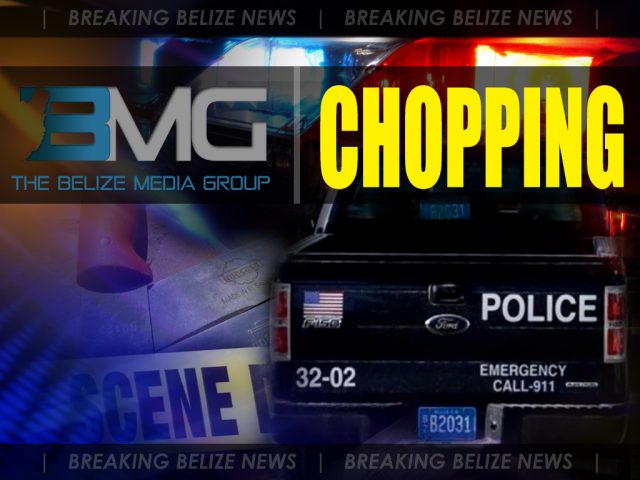 By BBN Staff: San Ignacio Police have detained a mentally unstable man for an incident in which he inflicted four chop wounds to 35-year-old Amir Tun of San Antonio Village, Cayo District, for no apparent reason.

Last night at around 9:50, officers met a vehicle that was transporting Tun to the hospital with chop wounds to his head, both sides of the cheek and chin area, which he told officers were inflicted by a man he knows as Amir Tzib.

Tun said that he was walking through the mentioned village when Tzib approached him with a machete and chopped him several times for no reason.

The victim was admitted to ward at San Ignacio’s Hospital and remains in a stable condition. Investigation continues.