Farmers of the Year honored at NATS 2016

1,500 refugees and counting working to settle in Belize: report 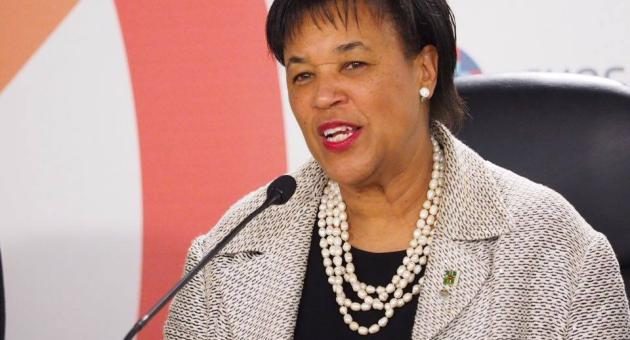 By Aaron Humes: The Commonwealth’s position on the integrity and sovereignty of Belize remains absolutely unchanged, said Secretary General of the Commonwealth Baroness Patricia Scotland to local media on Friday as she continues a four-day visit.

Baroness Scotland took over her post in April and Belize is her first stop on an official tour of the Caribbean countries which are members of the Commonwealth.

Speaking with the press on Friday, Baroness Scotland said she looked forward to hearing Belize’s plans for working with the organization, particularly with regard to climate change, economic development, support for young people and especially in Belize’s case, resolving the territorial dispute with Guatemala.

During her stay, the Secretary General has visited the Office of the O.A.S. in the Adjacency Zone, where she was received by the Chief of the O.A.S. Fund for Peace. She commended the peace-building work with children in the area.

In her view, the integrity of and sovereignty of Belize is something which must be upheld, and the Association of Caribbean and Pacific Nations has just made a very clear declaration in relation to their position.

Baroness Scotland has a distinguished career as an attorney, educator, and public officer. At the age of thirty-five she was the first black woman to become a Queen’s Counsel. Her visit wraps up on Monday.