Looking back at the BTV’s botched Sarstoon trip 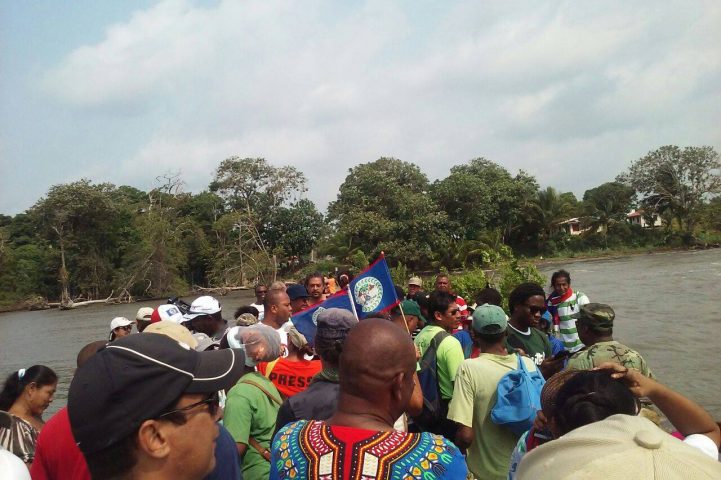 By Dalila Ical: The Guatemalan to Belizean territory has become more intense with a series of events unfolding over the last two years but what many Belizeans are finding even more disturbing is the government’s approach to handling the heightened tensions specifically as it pertains to Guatemala’s claim over the Sarstoon River.

On April 30th, the Belize Territorial Volunteers (BTV) were barred from leaving the Barranco pier. Their vessels were detained as were their boat captains, at least six in total, according to BTV leader Wil Maheia. Commander Elton Bennett, Commandant of the Belize Coast Guard said in an early interview with the media that they had detained three vessels for maritime safety offenses and took them back to Punta Gorda.

According to the Commander, since Friday the Coast Guard had received directions to conduct safety and security operations between PG and Barranco, which they did. The vessels, all that were chartered 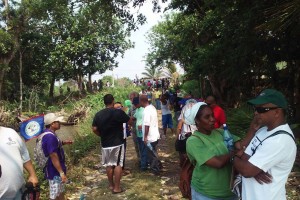 by the BTV for its expedition were unsafe and offenses “ranged from no fire extinguisher, lack of life
jackets, no sea worthiness certificate, no masters license and we could not allow people to sail on those vessels,” the Commander said.

Maheia was not convinced. “I think that is bull****…these captains traverse this sea everyday so for anybody to insinuate that our boats are not ready is ridiculous, it’s ludicrous. You cannot say our boats are ready. Our boats are ready. I personally checked them. People could go and verify and see the life jackets, they are there, the captain license is there, the boat license is there…I’m telling the Belizean people, saying that they turned back our boats is bogus”

So, they were detained for maritime offenses but to the BTV and other civilians, about 60 in total, who traveled to Barranco it seemed all conveniently staged. Commander Bennett stressed it was not. “The restricted area is the mouth of the Sarstoon, and we are not preventing the BTV from departing Barranco at all. They have no vessels here. Had they had any vessels at this location we would have boarded the vessels to ensure that it is safe and we would not be able to restrict them from moving from this
location.” 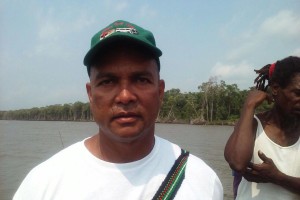 Even so, a number of police officers blocked the way onto the dock. Their reason was different said Maheia. “When we came here our boats were on this dock. We were waiting. We couldn’t even get on the dock to board our boat. They didn’t tell us our boats were licensed. They didn’t tell us the life jackets weren’t there. They told us we cannot get on the dock because it is unsafe, yet more than twenty officers are standing on the dock,” he argued.

Maheia says they were not intending to defy the newly implemented regulation preventing Belizeans from traversing the Sarstoon River, but even so, the group was not allowed to leave Barranco.

Maheia and the group were visibly and verbally disappointed. “We cannot sit back and have it taken away,” he said. 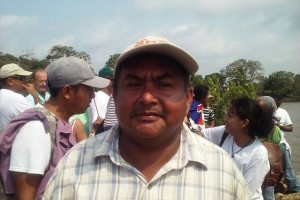 Amid the group were PUP members such as Ramon Cervantes and Area representative in Toledo West Oscar Requena, who was visibly disturbed by the turn of events saying he was “very disappointed. We want to condemn this kind of behaviour… today is a sad day for Belize because what happens is that today we are saying that as Belizeans we are held hostage in our country. We do not have free access to travel. We cannot now move from Barranco but right now the Guatemalans might very well be in our waters fishing and pillaging our natural resources so I want to say it is a shame and today we go down in history as one of the saddest day in our history.”

Requena told BBN he was there as a Belizean concerned over the country’s territorial sovereignty but judging from the day’s events, concluded that “What the government has done in effect is to cede, cede Sarstoon, and today by extension all the way to Barranco to the Guatemalans.”

Other notable figures who had traveled to Barranco were Attorney Richard “Dickie” Bradley and Senator Valerie Woods. 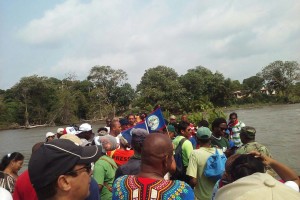 For his part, Bradley noted that the presence of members of the opposition was big. “The opposition in this country, which got 49% of the votes in the last general election just November 2015 is no longer prepared to sit back and allow what is happening, what Guatemala is doing to this country. That is the big move. What Wil Maheia has done is brought the opposition from out of the closet. That is a major achievement,” he assured.

Senator Woods said she traveled to Barranco from Punta Gorda to experience and understand for herself what was and is taking place at that area.

“Nothing is worse than citizens accepting the draconian measures overnight by our own government when those same draconian measures were never applied to the illegal fishing that occurs,” she told the media, adding, “I’m concerned about SATTIM, the conservation work that they do is extremely important but outside of the conservation work is also the work of the coat community that they depend on that river, things that they do for their livelihood.”

The senator went on to say that her visit would not be her only input on the matter. “Whether you agree or do not agree with the Belize Territorial Volunteers, what you have to accept, it is thanks to their efforts and that of FCD in the Chiquibul, not our government, to the efforts of these two home grown organizations that have brought to the attention of the public a dire situation where territorial integrity is now being questioned, where territorial integrity is also now not even being asserted by our 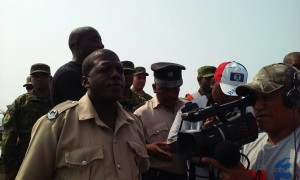 government and so that I continue to raise. I will denounce this SI in the next Senate meeting. I will continue to denounce it publicly. I do not think we needed to go that far. I really would have hoped that coming to Barranco behind me would not be this scene.”

But the Coast Guard maintains it was only enforcing the law of the land and Commander Bennet said they are doing so across the board conducting operations to intercept illegal fishing and migration in their jurisdiction, on the seas north and east of the Sarstoon River. The Sarstoon River he added is where the BDF “has control”.