“No” for now to removing Sarstoon restriction, says GOB

Is the Belize Tourism Board dysfunctional? 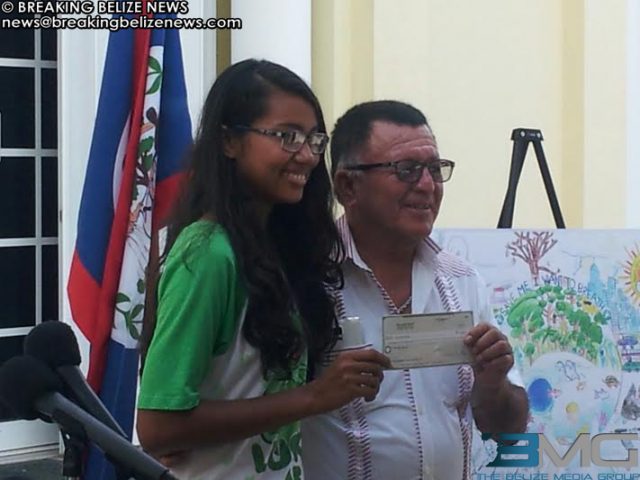 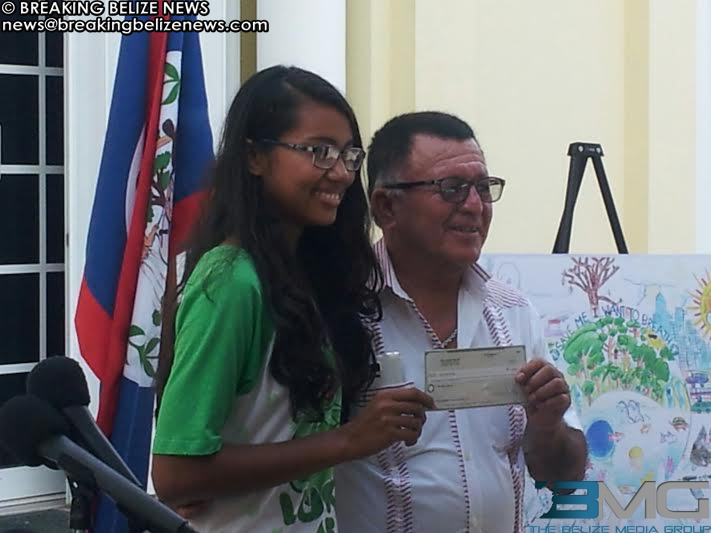 By Charles Leslie Jr :What is tourism? There are several definitions, however, I am going to use this definition – “the promotion of tourist travel, especially for commercial purposes.”

The Minister of Tourism is the elected official, Honorable Manuel Heredia Jr. According to the Ministry of Tourism, the Belize Tourism Board (BTB) is the key executing agency. The BTB is a statutory board within the Ministry of Tourism, which functions as a strategic partnership between government and the private sector to develop, market and implement tourism programs that will fulfill the emerging needs of our local industries and the international tourism market-place for the benefit of Belize and Belizeans.

It is important to understand what a Statutory Body is. As Richard Harrison explained: “In the beginning there was one government…it taxed the people and provided services based on those taxes…through its various line ministries. Then…the public sector entrepreneurs started special-interest projects…with the guise of improved services through better management…with ‘cost-recovery’ mechanisms…replicating all kinds of quasi-government statutory bodies out of these projects…most with special ‘laws’ that these bodies would write for themselves…with their built-in authority/right to ‘tax’…but without the fiduciary responsibility to account for those ‘extra-budgetary’ revenues. The line of authority still ended with the Minister under whose portfolio the statutory body fell…so the Minister ruled in the Central Government….and the not-so-central-government…he became a king with two fiefdoms.”

One of the main problems with BTB as a statutory board, is that it gets to tax businesses active in the tourism industry, and those businesses have no legal say in the decisions the BTB makes. Their reasoning is based on “quality assurance” of the industry, which is necessary, however, the BTB being the quasi-government statutory body that it is, has the right, under the law, (BELIZE TOURISM BOARD ACT CHAPTER 275 (REVISED EDITION, 2000) to tax you but you do not have the right to vote who will represent you on the Board, thus you do not have a say nor are you able to participate in the decisions made by the BTB.

Below I will point out some examples on how decisions have been made by the BTB that affected the entire tourism industry, and illustrate how vast amounts of taxpayers dollars have been spent without those taxpayers having a say on how it is spent.

Example #1: It is alleged that Naturalight Productions got paid $500,000 to build BTB’s websites – This company also got a lucrative contract to maintain those websites. In 2011, Seleni Matus, then Director of the BTB wrote: “While we were very interested in exploring with them, their services on an interim basis during this transition period to a new online provider, the costs of such interim services offered by Naturalight were extremely expensive. They asked for $152,327.50 per month for use of their images currently on our websites; an additional $2,650 per month for hosting BTB’s sites, and an additional $3,750 per month for use of downloadable images for BZ Media Centre/BZ Travel Trade websites, and a further $150 per hour for any updates made to the sites by BTB or our industry partners. These extremely high costs are impossible for the BTB to meet on a monthly basis. Therefore, we had no choice but to seek the services of another interim online partner while we conduct our search for a new online agency to work with BTB and manage all of our online resources.”

Matus went on to say: “Regarding photography, when I arrived at the BTB I was startled to discover that after 15 years of contracting with Naturalight, BTB did not own any of the photos in its image gallery. This is highly unusual among tourism boards in the world where it is important to own the rights to its own image gallery in order to do its job well. Because of the very high license fees which we had to pay every time we used a photo in our own BTB image gallery, this model of photo dependency was simply unsustainable.”

The main issue: This was taxpayer money invested without those same taxpayers having a say in how their tax dollars were being spent. What was worse, BTB ended up losing 15 years of search engine placement and several important websites.

Example # 2: In 2013 when the BTB launched its new logo, a logo that did not have the pleasure of being designed by a Belizean artist in its entirety, (a Belizean artist only designed the Toucan bird that is a part of the logo) – it caught the entire nation off-guard. Many people thought it looked grungy, battered and beaten by the elements.

The main issues: (1.) The logo was designed with the name of Belize spelled in all lower case letters “belize”; (2.) It seemed that the taxpayers that collectively pay millions of dollars into the BTB coffers; hadn’t a clue about the new logo design, and felt slighted since they did not have the chance to have a say/vote on the new logo; (3.) BTB hires marketing agencies, and none of those contracts go to public tender or bid. In other words, taxpayers have to pay tourism related taxes by law, however BTB can decide, carte blanche, on where and how to spend your tax dollars; (4.) Why didn’t they hire a local marketing company?

Example # 3: On April 17th, 2015 Five News reported: “The Belize Tourism Board is in a financial crunch and has been for some time. The company which is responsible for marketing Belize, we are told, has had to impose serious austerity programs after amassing debts in the millions of dollars. Sources at the Ministry of Tourism point to mismanagement as one factor, but also point out that the BTB has been used as a political dumping ground and is hopelessly overstaffed. News Five has confirmed that the HR budget, which includes salaries, allowances and increments, is second only to marketing.”

The main issues: (1.) BTB is spending millions on a marketing firm that no taxpayer had the privilege of deciding whether they wanted or not, and this firm is located outside of Belize and is marketing our country but knows very little about Belize; (2.) Spending millions on a bloated staff that creates absolutely no value for the tourism industry, and are only there to collect a fat paycheck on the backs of hardworking taxpayers; (3.) The staff that is there do not seem to have a good grasp on Belize’s tourism product; (4.) BTB has become not much more than an entity that collects and controls as much money as does the Central Government of Belize, with no obligation for timely annual publication of their detailed audited financial reports.

All indications for 2014 and 2015 have shown that overnight tourism has stagnated. Cruise tourism is seeing a steady rise, however, they continue to ask for proper docking facilities. The Harvest Caye project was pushed through, and a superficial consultation was done after the fact. All the big players that dominated the cruise tourism industry out of Belize City, seem to have already been given preferential treatment and are setting up shop to dominate cruise tourism in the south. Norwegian Cruise Line, owner of the Harvest Caye, now has a 20 year tax holiday to recover their $300,000,000 invested, while Belizeans can look forward to increased fuel and electricity prices next year, just to give you an idea how taxpayers will continue to be burdened by the vast amount of debt being accumulated, while Foreign Director Investors (FDIs) get protected from paying taxes.

Our tourism industry is now being plagued with dubious FDIs, and it has gotten to the point that high ranking international criminals are coming into Belize, and easily setting up shop. David Nanes Schnitzer had been able to get all his Belizean documents such as passport, social security card etc…while being sought by international authorities for being involved in a 7 billion dollar global Ponzi Scheme, and not one of our officials in the Immigration department caught this.

BTB hosted one of its annual galas, the 2015 Tourism Industry Conference, in San Pedro at the Fido’s courtyard. This event is actuated by BTB to issue its report card on the progress of the tourism industry in the previous year and strategize how they are going to move forward. Statistical reports of arrivals and other activities are presented, and it is done so with the belief that, mostly superficial projects, have made a significant and positive impact on the tourism industry as a whole. However, its detailed audit financials is always nowhere to be seen by the tourism stakeholders and taxpayers who sacrifice blood, sweat and tears to pay taxes by gun-point. Yes, gunpoint: if you don’t pay your hotel taxes, tour guide license fees, you can be thrown in jail like a common criminal, yet, not one of those taxpayers have access to how their millions of tax dollars are spent by the BTB.

Karen Bevans, Director of Tourism noted at this gala “2015 so far we had a one point two less growth than we had in 2014 in the first half of this year. But that is not to say that the industry is not growing. We are growing. Yes we had a very stunning year in 2014. Further to that and if you notice—and we went into the statistics—the area that we went down in is the Canadian market. Looking at our strategies and doing our research, we recognized that there was a devaluation of currency in the Canadian market. Last year, this time, we had a one to one more or less match with the Canadian dollar versus the U.S. dollar. This year, it is at point eight. So the reduction or devaluation in the Canadian dollar affected the traveling from Canadians.”

Its seems that BTB is misguided as to how to market Belize, and how to create an identity for Belize. Tourism in Belize is stagnating for two very obvious reasons: (1.) It is too expensive to fly to Belize; (2.) Other “emerging destinations” are out-competing Belize when it comes to quality and value for dollar.  If BTB had listened to Seleni Matus, they would have realized that the marketing of Belize, as a destination had to have the full cooperation and participation of the stakeholders of the tourism industry, on all levels.  BTB should be reaching out to the industry to get images, videos, blogs etc. and using as content to market Belize. This would help BTB cut down on expenses from hiring a foreign marketing entity to fully market Belize, and would create a more authentic representation of what Belize has to offer.

The inconvenient truth is: the BTB needs to be dismantled. BTB continues to spend millions upon millions of taxpayers dollars, without any fiduciary responsibility to account for the money they collect and spend. There is no oversight of this statutory body by taxpayers and tourism stakeholders. It is governed by a Board of Appointees, in a country where nepotism is the rule, not the exception. They have failed to properly market Belize – we are not getting value for money. They are doing a job that the Ministry of Tourism should be doing, and with that Ministry doing its job, stakeholders would have some oversight and insight into how their tax dollars are being invested, and would have a say on how it is governed.