BREAKING: Final BTL arbitration award may be as much as US$220 million 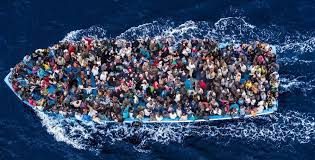 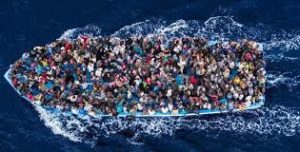 By BBN Staff: The government clarified its position on reports of an amnesty program for immigrants currently in effect explaining that there is no such amnesty.

GOB, via press release, explained that the dormant Refugee Eligibility Committee was recently reactivated in June 2015. The Committee comprises the Council of Churches. the National Trade Union Congress of Belize, Belize Chamber of Commerce and Industry, Representative of United Nations High Commission for Refugees (UNHCR), Ministry of Human Development, Ministry of Foreign Affairs, the Solicitor General’s office and the office of the Commissioner of Police.

Since its reactivation the Committee has held five meetings to consider applications for asylum from persons fleeing from persecution, especially gang violence in their home countries.

According to GOB, to date the Committee has vetted and recommended 92 applications and these have been submitted to the Minister with responsibility for Immigration for the grant of refugee status or otherwise.

Help for Progress, a nongovernmental organization, represents the UNHCR and has the responsibility to receive applications from potential asylum seekers, GOB further explained. Those applicants who meet the criteria for refugee status are referred to the Immigration Department, where a second interview is done and the successful applicants are then given an appointment for a more in depth interview.

During that time the asylum seeker is given a Special Permit which is valid until the time of the in-depth interview in order to allow him legal status in Belize. After the in-depth interview, the applicants’ documents are forwarded to the Refugee Eligibility Committee for consideration and, thereafter, those recommended for refugee status are submitted to the Minister of Immigration for approval, GOB said.

To date some 40 files have been reviewed at the ministry but the Minister of Immigration has not yet granted refugee status to any person, according to GOB.

It added that there is also a proposal submitted to the Government of Belize by the UNHCR for consideration of a Protection Transfer Arrangement in which Belize would act as a host country for groups of ten families at a time coming from the Northern Triangle (Guatemala, Honduras, El Salvador) but at this time, mainly from El Salvador, transiting to the United States of America for resettlement.

These persons would arrive in Belize and remain for a period of three to six months in order to finalize documentation enroute to resettlement.

At this time the Government of Belize has not given its approval for the Protection Transfer Arrangement, it said.