By Aaron Humes: Tonight, two Bulgarian citizens from Europe are on remand at the Belize Central Prison after they were arraigned on a single count each of theft from the Belize Bank.

The investigation is ongoing, but police believe so far that 28 year old Jeorgi Petrov, and 25 year old Halid Yuksel Aptula, are the two men who stole cash from the Belize Bank through a fraudulent transaction using the automatic teller machine or ATM. 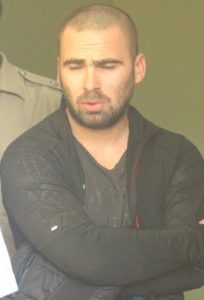 It is alleged by police that the men were part of a massive scam involving ATM’s, which started internationally but ended up in Belize, although it appears they did not scam local accounts.

The men were allegedly caught on surveillance camera several times between January and May making withdrawals on faked international bank cards, using stolen ATM pin numbers from another country.

The Belize Bank, which appeared to be the primary target, caught hold of the scam when an employee stopped in at its main branch on Albert Street, and also the ATM at the Ocean Ferry office on North Front Street while on errands on Saturday and saw the scammers at work first-hand. He alerted police, who busted the men with various paraphernalia and cash at a local hotel. Among the items police recovered from the men’s hotel rooms were 1,100 fake credit cards, bearing names not issue by the Belize Bank; 250 blank plastic cards; two Nova Laptops; nearly 21,000 Belize dollars; 2 cell phones and a Honda Civic four door car.

Despite the unique nature of this crime, Belize’s outdated laws do not address cyber theft, so the men are charged with regular theft of 500 dollars each from the Bank on Saturday, May 7, 2016.

There was a delay due to the court not having a translator present to interpret proceedings, but the men spoke English during the eventual hearing. 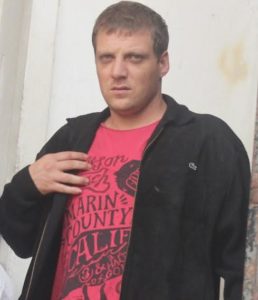 Initially, the first defendant, Petrov, a car washer, pleaded guilty; but after Senior Magistrate Sharon Frazer read the facts, counsels Christelle Wilson and Oscar Selgado complained to the court that they had been ambushed with facts different from what was presented to them, influencing Petrov’s plea.

They got ten minutes to get further instruction from their clients, and on their return both men pleaded not guilty.

The court prosecutor then strongly objected to bail for both men on the basis of being flight risks due to their immigration status and the possibility of further charges based on police investigation.

Attorneys Wilson and Selgado asked for a short adjournment as they are in meetings with the Belize Bank and after those meetings they will be able to tell the court how the case will proceed. Selgado in particular claimed that the police’s move to charge was premature.

The men return to court on May 20.