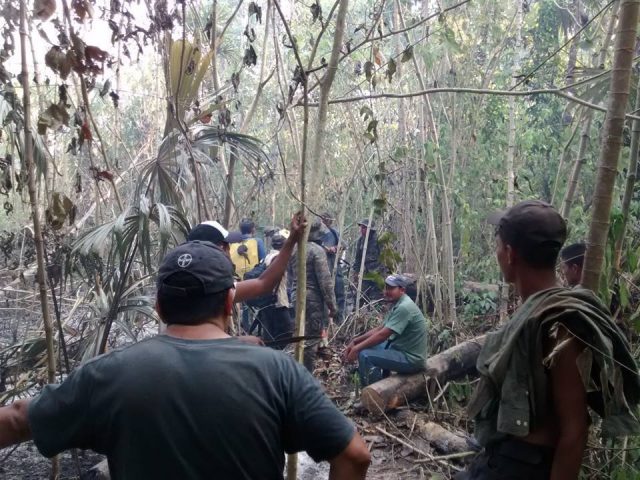 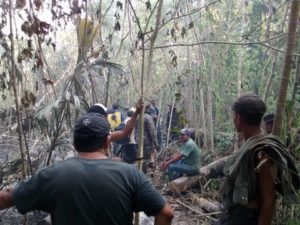 By Aaron Humes: According to the Ministry of Foreign Affairs, there was an “encounter” between men believed to be Guatemalan military personnel and a Mennonite businessman from Spanish Lookout this week which ended in the businessman being detained and taken to Guatemala.

However, on Thursday evening, CEO Lawrence Sylvestre confirmed that the businessman and another man who was with him are back home, safe and well. Nonetheless, the details of the incident were not confirmed to him, so he could not speak on whether the Ministry was involved.

From media reports we have learned that the businessman, who is said to be from the Green Hills area, was in the area of the El Pilar archaeological site tackling a forest fire which was said to be on both sides of the Belize-Guatemala border; the site is near the border with a clear view to the West.

What happened is unclear, but the Belizeans wound up being detained for four hours 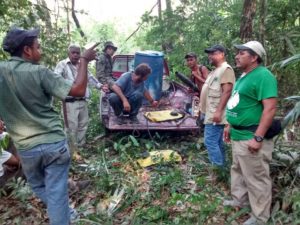 Neither officer commanding San Ignacio Police, Superintendent Richard Rosado, nor Western Regional Commander for the Police Department Senior Superintendent Andrew Ramirez, knew of any such incident as of Thursday evening when we spoke to each of them via telephone.

From the Guatemalan end, media reports point to a social media post from a Guatemalan believed to be representing an environmental conservation agency.

This individual writes that they learned of a fire around 2 in the afternoon in a community forest concession known as El Esfuerzo in the Peten.

He goes on to accuse Belizean farmers of provoking the fire by not clearing their respective firebreaks and writes that the area has been suffering from similar fires due to the Belizeans’ negligence.