Public Officers restricted from speaking to media on Sarstoon issue

PUP easing back into diplomacy with Government 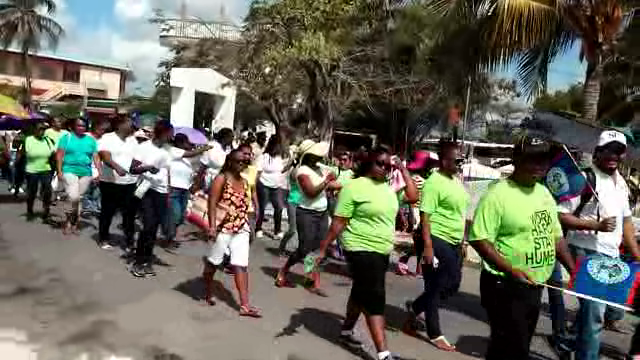 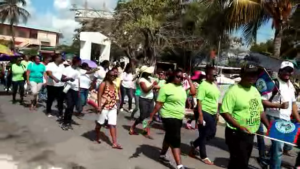 By Aaron Humes: At today’s “Stand up for Belize” rally, which was organized by the Belize National Teachers’ Union (BNTU) on the occasion of Teachers’ Day and attended by many different organizations, there was a united call for the Government of Belize to rescind the statutory instrument refusing permission to attend the Sarstoon River by civilian elements with a reason other than commerce, trade, or non-military or political travel.

Speakers expressed the determination to continue standing up for Belize against the aggressive tactics by Guatemala and the Government’s seemingly trying to work around them.

But the teachers themselves have been criticized for their abrupt turn in turning their annual day out of school into a political celebration. BNTU President Luke Palacio hit back, saying that the BNTU cherished its democratic process which allowed teachers to make this decision without coercion or force.

In addition to speeches from the ten branch presidents and from Marvin Mora of the National Trade Union Congress of Belize and Audrey Matura-Shepherd of the Christian Workers’ Union, there were two special guest speakers – Wil Maheia of the Belize Territorial Volunteers and Evan Mose Hyde of Kremandala.

Maheia addressed the S.I., complaining that he has been “shadowed” by security forces and even his workers have been questioned about him. He challenged the Government to see for themselves what the fuss is about.

While listing a litany of incidents to show why the Government should not be trusted in spite of their insistence that they should be, Hyde called on the rest of the nation and sister trade unions to stand up, saying that calling for solidarity and practicing it are two different things.

Also in attendance was the People’s United Party led by John Briceno. The Leader of the Opposition said that the blue machine didn’t mind playing a supporting role today, but that if they are called to stand, they will.

The afternoon was given over to the standard activities organized by each branch for this day, with entertainment from the Sweet Pain Band.

In related news, Are Wil Maheia and the Belize Territorial Volunteers seeking to challenge the Sarstoon SI again? Yes, according to Maheia, who broke the news during his address at today’s Teachers’ Day rally while taunting the Prime Minister and Foreign Minister to come along, saying that the teachers would protect them if the soldiers could not.

Maheia told us afterward that he does not have a confirmed date or itinerary for the trip.

The Public Safety Act (Sarstoon Regulations) expires at the end of May. 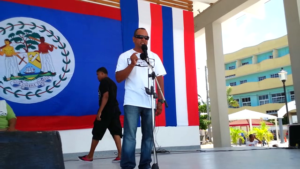