Ministry of Health confirms the first Zika case in Belize

Harmonyville residents told to pay for their land – or else! 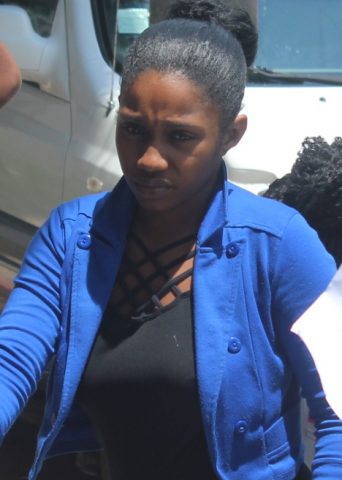 By Aaron Humes: A pregnant woman and 5 other females, including a 15 year old minor attending high school appeared today charged with two

counts of robbery and harm upon another woman over the weekend in Belize City.

Sasha Richards told police that on Sunday, May 15, 2016, at about 4:33 a.m., she whilst socializing at Project X was attacked and robbed by six females who took away her gold chain, gold earring and cell phone.

Richards told police that she knows the women well and if she should see them again, she will recognize them all.

Richards who was examined by a doctor at the KHMH complained of a swollen lip and abrasion to her eyebrow.

Police arrested and charged Lucretia Myvett, 29 unemployed of Locke Alley, Belize City; sisters, Nashanti Martinez, 24; Khya Martinez, 18; and a 15 year old minor; 19 year old Rayanna Gongora and 28 year old Kimberly Bowen, who is pregnant and was released from hospital this morning, allegedly for injuries she sustained during the incident.

Magistrate Deborah Rogers arraigned all of the women except for the minor and Bowen this morning. After Bowen left hospital she was brought to court and arraigned; the minor was arraigned in the presence of her mother this

All pleaded not guilty to the charges and bail was offered to them in the sum of $3,000 plus one surety of the same.

Magistrate Rogers ordered them to stay away from the victim and not to interfere with any of her family through phone call, text or social media. 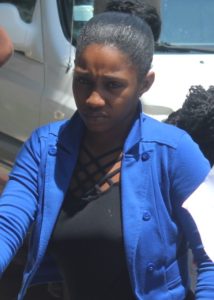