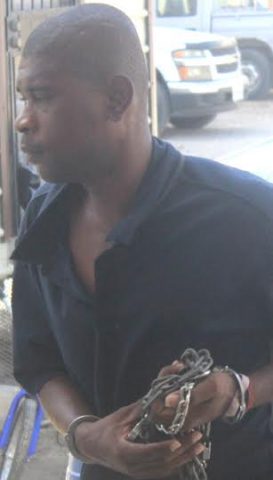 By Aaron Humes: He “patted” a 10 year old child on her buttocks and told her not to say anything to anyone so he did not get into trouble with the law. 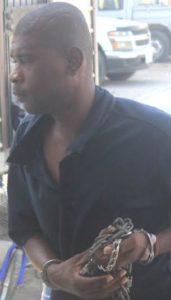 But 26 year old Ashton Lambey will spend 60 days in jail after the child immediately told her sister, who told her mother, who reported the matter to police.

On Sunday May 15, the 10 year old girl was at home doing homework, when her older sister told her to go downstairs to get the broom for her. Whilst downstairs, the child met Lambey who had the broom she needed to take for her sister.

The minor asked Lambey for the broom which he handed her and as the child turned away from him to walk back upstairs, that is when Lambey patted her on her buttocks.

The child said Lambey then told her, “Shoo. Don’t tell anyone.” But immediately after the child went upstairs, she told her sister what had happened and the sister told her mother who then called the police and reported the matter.

In court, Lambey after the charge was read wasted no time and pleaded guilty. He was sentenced to 2 months’ imprisonment by Chief Magistrate Ann-Marie Smith; as a first-time offender who spared the court trouble, he avoided a maximum sentence of 3 years.