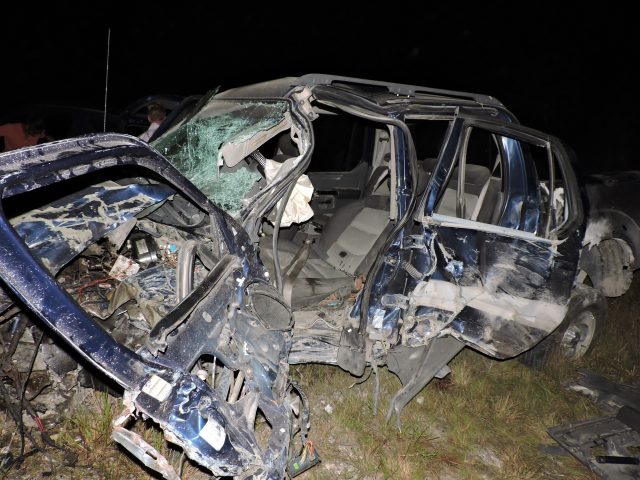 By Dalila Ical: An early evening traffic accident on Tuesday in the Orange Walk District claimed the life of Richard Orellana of Orange Walk Town. 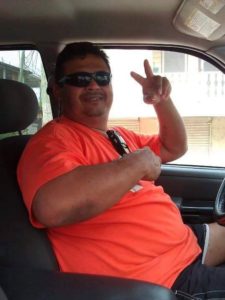 Eyewitnesses told police that between miles 41 and 42 on the Philip Goldson Highway, shortly before six in the evening a silver KIA Sorrento driven by police officer Roberto Teck, headed towards Belize collided, almost head on police said, into a blue Ford Explorer, driven by Richard Orellana.

Orellana was heading towards Orange Walk. The impact sent the Ford explorer crashing into a blue KIA Sorrento that was parked on the right side of the highway. 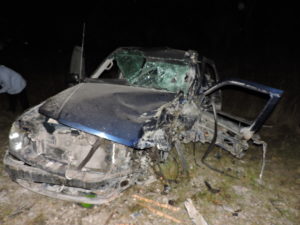 The blue KIA Sorrento with Corozal license plate was left positioned in an east to west direction with a punctured left rear tire and slight scratches to the rear fenders. The driver, Phillip Clyde Wade of Corozal was standing beside his vehicle unhurt when police arrived at the scene.

The Ford Explorer came to a stop beside Wade’s vehicle and was extensively damaged. The driver, Orellana apparently died on impact and was found on the driver’s seat with his upper body leaning onto the passenger’s seat. His body was taken to the Northern Regional Hospital morgue.

Teck, who is attached to the Belmopan Police Formation, was found in his vehicle, also

extensively damaged, about 30 feet away on the opposite side of the highway. He was taken to the Northern Regional Hospital and later transferred to the KHMH where he remains in a critical condition.

Eyewitnesses told police that Teck caused the collision as he drove into the Ford Explorer’s lane. Authorities have taken a blood sample from Teck to find out if he was intoxicated at the time of the 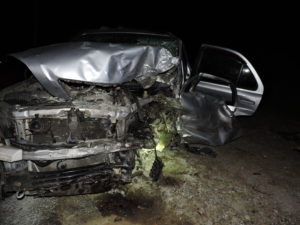 There was another accident about a mile and a half ahead on the highway.

A green pickup truck was forced off the highway and reports are that it was caused by the Silver KIA Sorrento. Officers say they are treating that accident as a separate matter and have questioned witnesses but none made mention of the KIA Sorrento driven by Teck.