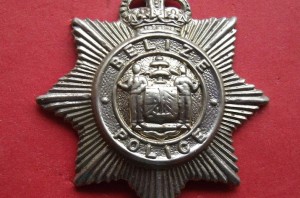 By BBN Staff: On Sunday May 22nd at about 4:00 a.m. members of the Belmopan Police Quick Response Team (QRT) were on mobile patrol when their attention was drawn to a male person driving a motorcycle in high speed on Cemetery Road in the San Martin Area, Belmopan City.

According to police reports, a chase ensued for about five minutes. While on Guatemala Street the driver of the motorcycle threw a back pack that he was carrying in some bushes.

As to the driver of the motorcycle, he managed to evade the patrol unit and made good his escape.

Police recovered the back pack and discovered a black hoody, a green long sleeve T- shirt, a pair of black gloves, a hammer and a homemade firearm.

The firearm consisted of an aluminium double barrel wrapped with black electrical tape. Further inspection of the firearm was conducted where it was observed that in one of the barrels there was one 12 gauge Aguila brand live round.

The cartridge was removed from the barrel and all items found were brought to the Belmopan police station and deposited as found property as the rider was not identified.