How Blackadore Caye can regain former glory – and make money 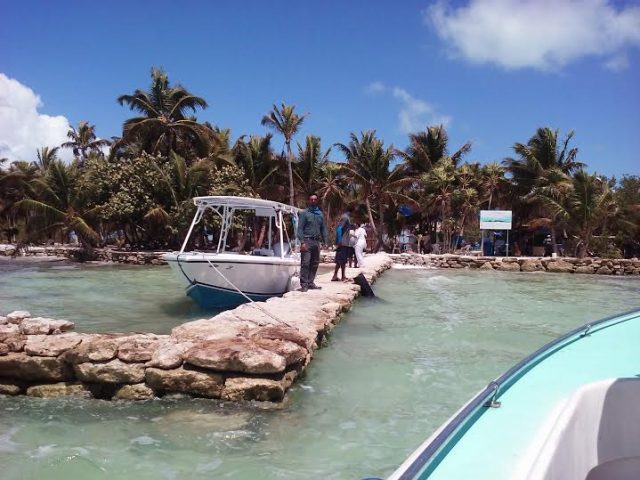 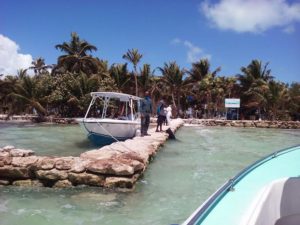 By Aaron Humes: BLACKADORE CAYE, Belize District – The 107-acre Blackadore Caye, seven miles west of Ambergris Caye and San Pedro Town, appears at first glance to be no different from the many tiny cayes dotting the Caribbean Sea off Belize’s coast.

But it faces a critical battle to save its very existence – a battle scientists studying its development say it is rapidly losing.

A project planning to “restore” its former glory has been cast as saviour. But after pointed criticism at a public consultation in January, developers have been made to take a closer, harder look at their plans.

BMG and other media outlets were invited to look at the island for what may be the last time in its original form and how it is to be transformed.

Gone, says public relations consultant Dr. Dionne Chamberlain-Miranda, are the over the water structures and other embellishments thought to be interfering with the true purpose of the project. 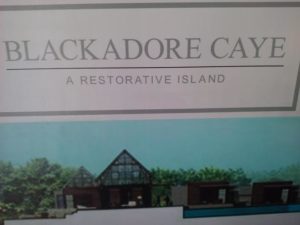 A renewed emphasis has been placed on making the island work for the remaining natural species and trees, while incorporating some human habitation in the form of a small hotel and some private estates.

Biologists Valentine Rosado and Juan Rovalo say that Blackadore Caye, which got its name from the rich black soil that covered it 200 years ago, steadily lost its mangrove cover, allowing heavy erosion of the coastline. Indeed, fishermen nearby say they cannot remember the island ever having mangroves, prompting some to suggest they should not now be introduced.

But Rosado is especially adamant that the hardy sea plants which protect all cayes from storms and other sources of erosion are needed to literally stem the tide.

And Rovalo told us the land-based ecosystem has changed as a result of human degradation – the island has been stripped of much of its forest cover.

Small wonder, then, that Dr. Miranda described their efforts as promoting a paradigm shift – rethinking all we know about environmental protection and conservation.

First, though, they must convince stakeholders in the community and Government to approve the amended Environmental Impact Assessment (EIA) at a public consultation in June.