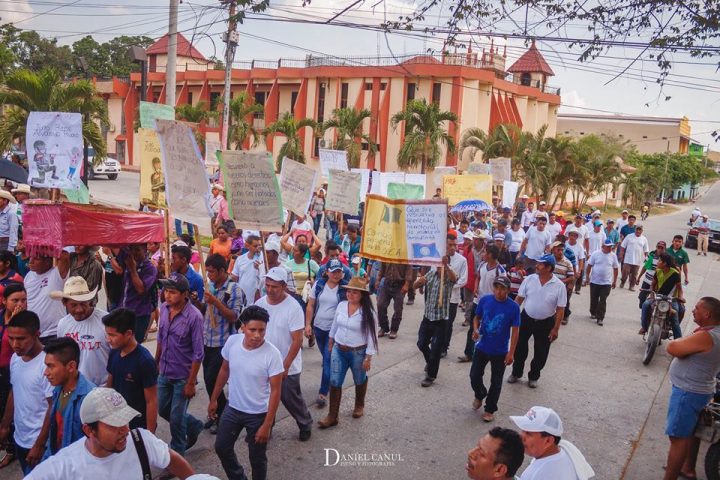 By BBN Staff:  Some 500 residents from Melchor de Mencos, Peten, Guatemala staged a protest on

Sunday in that community against what they call abuse of Guatemalans by Belizean soldiers along the adjacency zone. They have demanded justice.

The residents marched from the entrance of Melchor de Mencos along the principal streets and concluded at the bridge near the border where they held a number of activities.

The residents held placards on which many called for a stop to the abuse and asked for peace. Some read “no more deaths”. Residents even carried caskets symbolizing the men killed by Belizean soldiers, La

Marvin Diaz, a member of the special commission in the zone said that the residents staged the protest to call on their government to find a solution to the problem. He added that the residents have also expressed rejection of the personnel at the Organization of American States (OAS) office in that area as they believe the office has shown favoritism towards Belize.